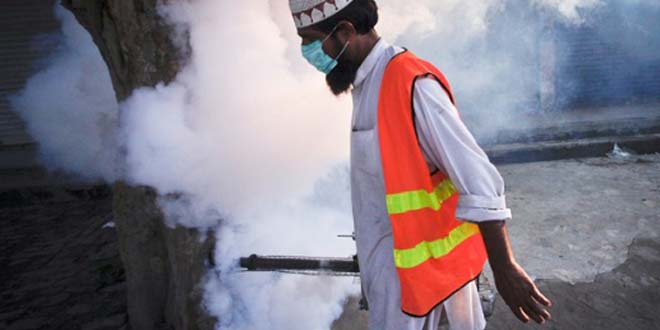 The Sindh health department has failed to acquire the approval of allocation of salaries from respective authorities responsible for the assigned budget of the Dengue Prevention Program Control (DPCP), causing the contract-based workers to be deprived of their income for the past four months.

Dr Zafar Ezaz, Director Health Karachi, who was holding the position of project manager DPCP for a temporary basis, had requested the Sindh provincial secretary health to release funds as early as possible. However, the department could still not manage to pay the workers.

Though Dr Masood Solangi, previously Town Health Officer (THO) Malir, has been appointed as the project manager DPCP for the dengue prevention program, there hasn’t been a permanent project manager for the program in Sindh since July 3, 2015.

Employees at the DPCP believe that the program has been negatively affected in the absence of its provincial chief.

The DPCP has been under criticism for a while. Previously, from August of last year till the end of 2014, sources reported that all dengue prevention and control activities had slowed down due to poor coordination between healthcare institutions and the DPCP administration.

Sources informed that both government and private hospitals stopped sharing information related to dengue cases with the DPCP administration, eventually leading to a non-functional state for that time duration. The dengue virus was at its peak during this time.

Experts recommend that the government should give priority to the program as it would allow data of dengue cases to be secured on a government system, allowing respective departments like the KMC to fumigate and respond effectively.

They say that a lack of support by the private sector or reprioritizing the DPCP by the government would be a major negligence.