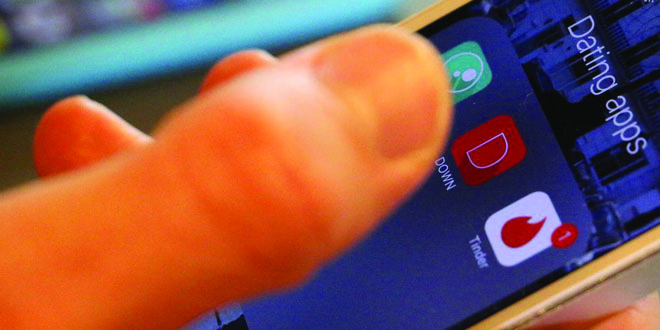 The United Nations recently announced the results of a two-year study that cites dating apps as being a major factor in the growing number of HIV cases among young gay men in Asia.

According to the report, by the Asia-Pacific Inter-Agency Task Team on Young Key Populations, which includes UNICEF, UNAIDS and others, it is teenagers aged 15-19 that make up 15per cent of new HIV infections in Asia, with most of the new infections found among young gay men.

The report warns that this rise in infections coincides with the rise in dating apps and risky sexual behavior, and supports growing international concern from doctors and public health agencies on the role of mobile dating apps in the spread of sexually transmitted diseases.

Last month a leading sexual health doctor with the British Association for Sexual Health and HIV also spoke via the BBC of his concern that apps could be a factor in the increasing rates of STDs, including a 19per cent increase in gonorrhea and a 33per cent rise in new syphilis infections in the UK, 2014.

And according to a 2014 study, gay men who meet on location-based dating apps, for example Grindr, are at greater risk for gonorrhea and chlamydia than those who meet in-person or on the internet.

Rhode Island Department of Health, USA, has also expressed its opinion that “using social media to arrange casual and often anonymous sexual encounters, having sex without a condom, having multiple sex partners, and having sex while under the influence of drugs or alcohol” has become more common in recent years, leading to the recent sharp rise of syphilis, gonorrhea and HIV between 2013 and 2014.

Commenting on the rise in dating apps, Whitney Engeran-Cordova, Senior Director, Public Health Division for AIDS Healthcare Foundation (AHF) said, “The developers of these dating apps are creating technology that is connecting people around the world in more ways than one—with one of the most significant ways being the risk for contracting and rapidly spreading sexually transmitted diseases,”

“Yet instead of taking ownership of their contributions to a worldwide STD epidemic and taking swift action to launch public awareness campaigns to inform their users about the inherent risks of STDs associated with having more sexual partners, we’ve largely seen the developers respond with an apathetic shoulder shrug at best—or a complete denial of the problem at worst.”

To combat the rise in STDs the report recommended governments develop better strategies for HIV prevention, adolescent-specific laws, and using sex education in schools and through social media to better inform teenagers on the risks and how to protect themselves.

The AHF in their attempt to remind app users of the potential sexual health risks launched a billboard campaign back in September. The organization now plans to build on this initial campaign, rolling it out to further locations across the USA, and again including the website ‘FreeSTDCheck.org’, to inform people where they can go for further information and to find locations offering free HIV and STD testing.