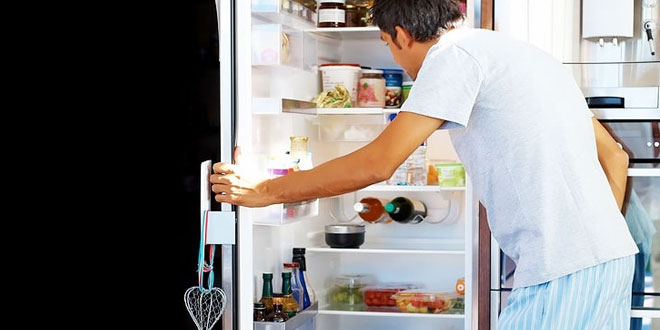 Two independent studies by teams in China and North America have found evidence to suggest that a father’s diet can influence the health and weight of his offspring.

Published in the journal Science, both studies looked at the effects of different diets of male mice on their offspring.

The first study, by a group of researchers in China, took sperm from two groups of mice, one receiving a high-fat diet and one receiving a normal, healthier diet, and used it to impregnate female mice. Once the offspring were born, the team monitored their weight, level of glucose intolerance and insulin resistance.

The results showed that although the offspring of the males who were fed the high-fat diets did not gain more weight than the offspring fed the normal, healthier diet, they did show a decreased resistance to insulin and a glucose intolerance, both factors in the development of diabetes.

In the second study, researchers from the U.S. and Canada instead fed mice a low-protein diet and compared the results to a control group. In their study, the team found changes to a group of genes responsible for the development of stem cells, which in early life can develop into many different types of cells within the body, as well as repair and replace body tissue; however, no other changes were found.

The results go against the previous assumption that the only impact males have on their offspring is from their DNA, and support the findings of other recent studies which suggest that the diet and lifestyle habits of males, like females, can have an important effect on their offspring’s health.

A 2013 study by McGill University found that when male lab mice had a diet that was low in vitamin B9, also known as folate, they fathered offspring with a 30 percent higher rate of birth defects, compared to the offspring of mice who had consumed sufficient amounts of folate. The results led the team to conclude that although women are often encouraged to take folic acid supplements to reduce the risk of miscarriage and birth defects, “[the] research suggests that fathers need to think about what they put in their mouths, what they smoke and what they drink and remember they are caretakers of generations to come.”

A 2014 study from the University of New South Wales in Sydney, Australia, also showed similar results when the team of researchers mated two groups of male rats with slim, healthy female rats. One of the groups of male rats was fed a high-fat diet, while the other received a normal, healthy diet. The results showed that the offspring born to the obese fathers who were fed a high-fat diet showed a genetic predisposition for obesity and changes to the pancreas, the organ responsible for producing insulin and regulating blood sugar levels, both important factors in diabetes.

And in the first study to be conducted on humans, after collecting medical information from both parents, as well as DNA from the umbilical cords of newborn babies, a team from Duke University, U.S.A., found a link between obesity levels in fathers and an increased risk in their children developing health-related cancers.