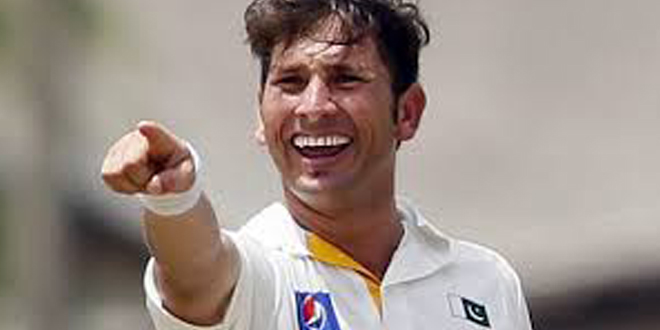 Pakistan leg spinner Yasir Shah has been handed a three month ban by the International Cricket Council (ICC) in response to being tested positive for a banned substance in the month of December, 2015.

Yasir Shah will be allowed to continue his cricketing career from March, 27, 2016.

Shah’s drug test showed positive result for “Chlortalidone” which is prohibited according to the list of World Anti Doping Agency (WADA).

In the statement launched regarding Yasir Shah’s case findings, it was said by the ICC that Yasir Shah did accidentally ingest the drug for therapeutic reasons, for his blood pressure.

The ICC further added in the statement that “He [Yasir] was able to satisfy the ICC through evidence prepared on his behalf by the PCB that he had no intention to enhance his sporting performance and had, instead, mistakenly taken his wife’s medication that were similar to his own but which contained the prohibited substance, chlortalidone.”

With Yasir Shah now given an ultimatum regarding his comeback date, the question arises that will the selectors give the green signal for his inclusion in the Twenty20 International Squad for the upcoming T20 World Cup?

Only time will tell the answer to that question.