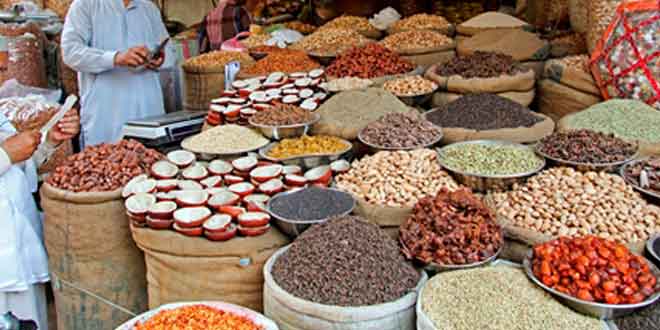 Consumers in Pakistan not aware of their rights

On 15th March 2015, countries throughout the globe marked the observance of the World Consumer Right Day ( WCRD ). This day is organized after the memorable address of President John F Kennedy to the US congress in which he formally addressed the issue of consumer rights. He, on 15 March 1962 was the first world leader to do so, and the consumer movement now marks 15 March every year as a means of raising global awareness about consumer rights.

The United Nation Organization (UNO) has declared unhealthy diets as greater threat to health responsible for more deaths than Tobacco. Therefore, to address the challenge the current year, 2015, theme of the World Consumer Rights day ( WCRD ) was set as, ‘Healthy Diets.’

In Pakistan, the World Consumer Right Day stayed in the obscurity of mainstream media due to current Political situation of the country, but NGOs and law makers quietly but affectively tried to play their part. Seminars, rallies and Discussion forums were held at many places.

A fact common in all such discussions was that most Pakistani consumers are not aware of their rights, therefore reliable information should be provided to the consumers and enforcement of legislations should be made.

The Consumer Rights Commission of Pakistan (CRCP) a non-government organization conducted a discussion on the theme to influence the law makers and the government to ensure safe food for all Pakistanis. Mr. Abrar Hafeez, Secretary General, Consumer Rights Commission of Pakistan, quoted statistics that two million deaths are caused by unsafe food annually in the country.

He mentioned two clear reasons of this. First, there is an unavailability of reliable data and essential information to the consumers by the government to make informed choices on various local and imported food items. Currently the consumers are 70% adulterated food and 52% adulterated water. 35% of the milk is contaminated and mixed with urea, bleaching powder and other chemicals.

Second, Pakistan has not been able to come up with comprehensive and coherent legal and policy framework to address the challenges that have been thrown up by the developments in food and biological sciences as it has raised new concerns related to food production chain. Currently there are no proper packaging and labeling laws for ingredients.

In Islamabad a walk was organized by the ‘Network for Consumer Protection’ in collaboration with UNICEF which ended in front of press club. The slogan of the walk was ‘Let us legislate before it’s too late’. The walk was organized to force government to make iodized salt a must item in order to curb iodine deficiency disorders (IDDs).

Talking to the gathering Mr. Areeb Azhar said that it was important that they spread awareness about the food that they eat because the basic right of each human is the right to pure and healthy food.

Nadeem Iqbal, executive coordinator Network for Consumer Protection emphasized on the need for laws and said that the journalists could play an active role in taking this message to wider audience.

In Pakistan, consumers are the most neglected stakeholders of the society where no one wants to take the responsibility to protect their interests. Every Ramadan low prizes are set by the government but still a hike is seen all over the country.

On Sunday, Chaudry Muhammad Shafique, Minister for Trade and Industries, informed the media that consumer courts would be set in six districts: Mianwali, Mandi Bahauddin, Bhakkar, Bhawalnagar, Layyah and Rahim Yar Khan. He said that consumers cannot protect their rights if they are not aware of them; therefore Punjab government was taking steps to deal with prize hikes and protect consumer rights WCRD.