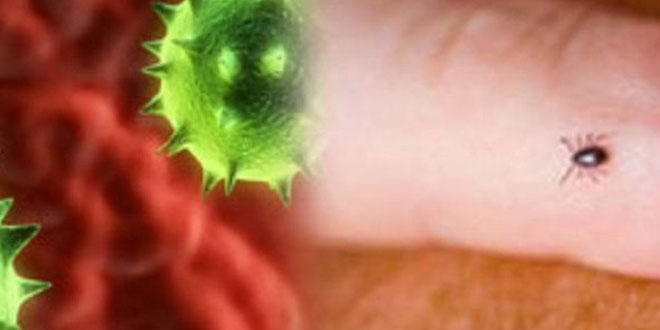 Year’s first death from Congo Virus was reported in Karachi, on Saturday. A 38 year old, Sabir from Bhais Colony was brought to Ziauddin Hospital on Friday, where he died after high fever and oral bleeding.

The deceased, Sabir Majeed was brought to the hospital on Friday, and was taken to the intensive care in isolation, after he showed  acute symptoms of CCHF including high fever, massive internal, nasal and oral bleeding. His condition deteriorated till a complete shutdown of his organs.

The hospital spokesperson has informed HTV, “The internal laboratory reports showed the emergence of CCHF, though the PT-PCR test reports based on patient’s samples are yet to arrive from a private hospital to verify the results.”

Sabir was a resident of bhains Colony, Landi and owned a cattle farm. Medical experts suspect that he apparently contracted the virus from a tick bite, found in animal skin; however the disease can also be transmitted directly from the blood or secretions of an infected animal or human.

Health director, Zafar Ejaz, while talking to media said, “the deceased had a long history of animal handling and I have directed the town health officer to guide the family, relatives, friends and workers at the farm about the precautionary measures to avoid any further transmission.”

The deceased would be buried under ‘safe burial practices’ directions, a set procedure of WHO for all confirmed bodies of CCHF patients. The body of a confirmed patient would be wrapped in a shroud (kafan), it will be sprayed with the solution made up of one-part bleach mixed with 10-parts of water and then placed in a plastic bag and sealed with adhesive tape.

Last year, 16 deaths were recorded only in Karachi by the department of Health. These were the highest figures since the department started working on the disease in 2000. Six of these died of a specific Congo Fever which has raised the world death rate by 40%.

THE DEATH OF THE CATTLE FARM OWNER LEFT THE SINDH DEPARTMENT OF HEALTH WITH CONCERNS AND MORE HOMEWORK.

The death of the 38 year old made the Health Department to realize and admit that a lack of investment and expertise in health sector in Karachi is acting as a barrier in the detection of CCHF. “Private and Public hospitals are all dependent on AKUH for CCHF detection”, said Dr. Zafar Ejaz.

Dr. Ejaz showed concerns over the import of animals into the metropolis from overseas as well as from within the country without inspection. He stressed that the Karachi Metropolitan Corporation’s veterinary department to take quick appropriate actions or Congo Virus could become an epidemic.