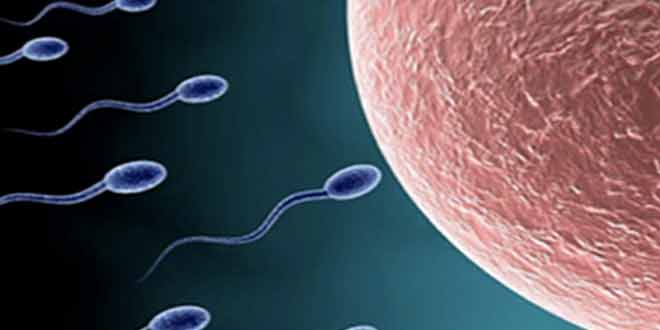 While experts cautioned that the work is a long way from being applicable to humans, the research may mark a step forward in efforts to someday treat male infertility.

“If proven to be safe and effective in humans, our platform could potentially generate fully functional sperm for artificial insemination or in vitro fertilization techniques,” said co-senior study author Jiahao Sha of Nanjing Medical University.

“Because currently available treatments do not work for many couples, we hope that our approach could substantially improve success rates for male infertility.”

The team, which included co-senior authors Qi Zhou and Xiao-Yang Zhao of the Institute of Zoology at the Chinese Academy of Sciences, published their work in the peer reviewed journal Cell Stem Cell.

To do this, they exposed mouse embryonic stem cells to a chemical cocktail, which coaxed the cells into becoming primordial germ cells.

Then, they exposed these germ cells, which are like precursor cells that can become other types of cells, to testicular cells and sex hormones such as testosterone.

This environment helped transform the germ cells into “sperm-like cells with correct nuclear DNA and chromosomal content,” said the study.

The sperm-like cells were then injected into mouse egg cells, creating embryos that were implanted into female mice.

These females produced babies that later mated and gave birth to the next generation.

Richard Sharpe, an expert in reproductive health at the University of Edinburgh who was not involved in the study, described it as a “mammoth piece of work that must have taken many years.”

He added: “What is new about this, is that the authors show good evidence for correct development of the germ cells and their DNA at each step along the way, which encourages the belief that ultimately this could be made to work in men.”

Infertility is estimated to affect as many as 15% of couples.

“Possible risks must be ruled out and ethical concerns regarding the use of embryonic cells should be considered,” it said.

Other researchers pointed out that what works biologically in mice may not translate so easily into humans.

“This research is potentially interesting but requires independent verification,” said Azim Surani, director of germline and epigenomics research at the University of Cambridge.

“It also remains to be seen if this protocol could work with human stem cells because of the known differences between the mouse and human germline.”