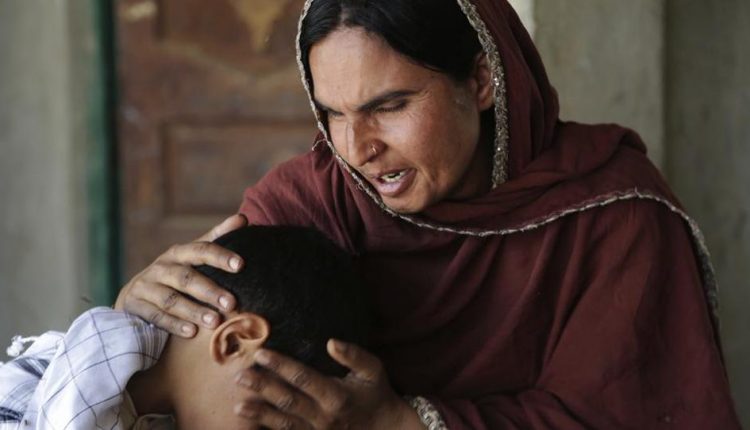 Children Are Being Sexually Assaulted In Pakistani Madrassas

Are there any penalties for the villains?

You know the world is messed up when the most disgusting villains continue their evil practices in the name of Allah. We definitely need a change when little kids are sexually assaulted by the so-called teachers of Islam.

As per BBC reports in 2004, 500 complains of sexual assaults in madrassas were lodged from all over Pakistan.

Yet, the numbers kept on rising as reported by Associated Press. A majority of these kids (bacha)   are underprivileged and depend on these institutions for their food and shelter in addition to education. This puts them in a rather vulnerable situation.

Pakistan has witnessed an increase in these alarming felonies with a number of cases surfacing right in front of our eyes. Recently a video of a young boy being sexually assaulted in a car by a religious scholar, Maulana Abdul Rauf Yazdani came to light.

Then there was a Maulvi who had allegedly raped a little girl in a madrassa. A 12-year-old boy, Muhammad Asif tortured for refusing to allow Abdul Rashid, his teacher, to have intercourse with him. The abominable man ended up injuring the boy’s private parts.

So many of these crimes are reported but unfortunately, the keepers of these seminaries are strong enough to skip from the clutches of justice and punishment.

Three such villains are still in Karachi jail as they wait for trial. Their hideous crimes included an acid attack on a boy who refused madrassa teacher’s advances. The accused, however, keep on denying charges. In another such case, a boy’s mother noticed a wound on his neck. Upon inquiring about it, she found out that her kid had been sodomized by a cleric at his madrassa. The wound was a bite-mark. The mother, Dil Jauher told the sources that her 10-year-old boy kept on crying and vomiting as he related the gruesome events after the Quran-lessons evening. Finally, the most recent case is of a 9-year-old boy from Kehrore Pakka. He returned home to his mother in his blood-drenched pants. The cleric at his madrassa had raped him. His mother Kausar Parveen is a courageous woman to speak up against the cruelty. What is even more shocking is that three other similar cases surfaced in the same vicinity within a month. While even a single case of this nature should be condemned, stopped, prevented, with those responsible punished in the most severe way possible, we fail to see proper actions. It is a widespread ugliness with more than half of it not even being exposed!

When it comes to monitoring these institutions, too many factors create complications. Involvement of various religious parties, militants, and the big religious names further complicates the issue. Down goes the matter under the piles of files, rescuing the culprits and shushing the victims. Meanwhile, the seminaries have their own rules and would not accept any interference even from the government. As a result, they earn a free pass to get away with anything.

The power these mullahs hold over the innocent people and their kids, especially in the rural areas, is revolting. Even the police are afraid of them.

Despite all the protections these felons have, the matter must come to light. Our country deserves better than this. Silence is not the answer. We must protest and urge the government to take action against this abysmal practice. The blasphemy is not in speaking against them and stopping them from harming our children, but it is in holding our tongues.