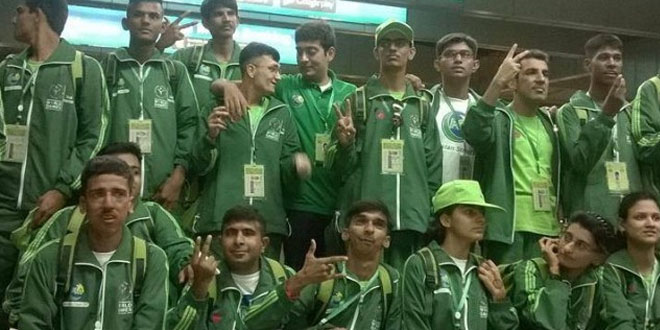 The Special Olympics 54-person team that traveled from Pakistan to Los Angeles bagged a total of 34 medals, including 13 gold, 11 silver and 10 bronze medals in eight different events.

Special Olympics Pakistan director Sanam Saigol has mentioned that the team did well in the last games as well and praised the overall performance of the team for this year’s games.

Muhammad Arham and Faisal Khursheed won silver in the table tennis doubles event. Khursheed played with Ruqia Latif in the mixed doubles and they won bronze. Ruqia played in the singles event as well, and won a bronze for herself.

In the badminton mixed double event, Jahanzaib and Umesalma Tayyab clinched a gold medal. They each grabbed a gold in the singles event as well.

With 10 players on the squad, the basketball team won the silver medal in Division TM.06 Medal B.