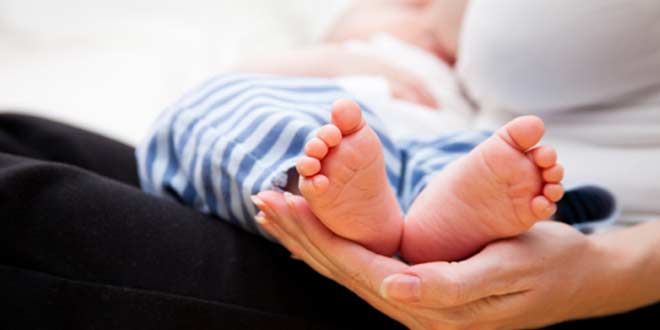 Breast is best for babies, mothers and economy, says study

Breastfeeding more babies for longer could save the global economy some US$300 billion (RM1.2 trillion) in a single year, simply by yielding smarter and higher-earning offspring, researchers said.

“Breastfeeding saves lives and money in all countries, rich and poor alike,” said Cesar Victora from the Federal University of Pelotas in Brazil, one of the authors of a research series published by The Lancet medical journal.

“There is a widespread misconception that the benefits of breastfeeding only relate to poor countries. Nothing could be further from the truth,” he said in a statement.

The findings were based on analysis of 28 scientific reviews and meta-analyses that looked at the proven health and economic benefits of breastfeeding.

The authors said this was the largest and most detailed analysis of its kind ever done.

It concluded that breastfeeding led to a “dramatic” improvement in life expectancy.

In high-income countries, it reduced the risk of sudden infant deaths by more than a third.

In low-and middle-income countries, it could prevent about half of diarrhoea episodes and a third of respiratory infections.

Altogether, about 800,000 children’s lives could be saved every year – the equivalent of about 13% of all deaths in children under two.

“Modelling conducted for the series estimates that global economic losses of lower cognition from not breastfeeding reached a staggering US$302 billion in 2012.”

This was about half a percent of the world’s gross national income.

That research had tracked the development of 3,500 people in Brazil over 30 years from birth.

The new series said boosting breastfeeding rates for children under six months to 90% in the United States, China and Brazil, and to 45% in Britain, would dramatically cut treatment costs of common childhood illnesses such as pneumonia, diarrhoea and asthma.

For women, longer breastfeeding has been shown to reduce the risk of breast and ovarian cancer, the study authors said, and estimated that some 20,000 women’s deaths could be prevented per year.

In Britain, about 1% of children are breastfed until the age of one, in Ireland about two percent and in Denmark 3% – among the lowest rates in the world.

Breastfeeding is much more common in poor countries.

Breast milk is free, nutritious and protective against disease, but not always practical for women who cannot be on call around the clock.

In some societies, it is frowned upon to breastfeed in public.

And in some cases, it can be dangerous – breastfeeding can pass on the HIV virus that causes AIDS from infected mothers to their children.

Another problem was “aggressive marketing” of breast milk substitutes – with global sales set to reach US$70.6 billion by 2019.

The researchers called for political commitment and financial investment to make it easier for women to breastfeed, and tighter regulation of the breast milk substitute industry.