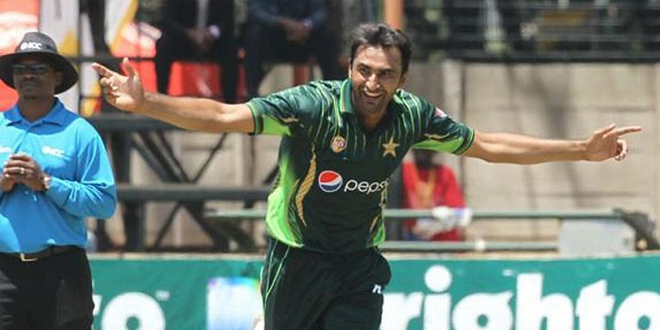 Pakistani newcomer Bilal Asif’s bowling action has been cleared after it was found to be within the legal limits, the International Cricket Council (ICC) said on Friday.

The bowling action of the 30-year-old spinner was reported as suspect during the third one-day international against Zimbabwe at Harare on October 3.

He underwent a biomechanical test of his action in Chennai, India on October 19.

“At the assessment (in Chennai), it was revealed that the amount of elbow extension in all of Asif’s deliveries was well within the 15-degree level of tolerance permitted under the ICC regulations,” said an ICC release.

The news comes as a relief for the newcomer as his career was in danger of being derailed by questions over his action.

Asif only burst onto the international scene in June this year when he was selected in Pakistan’s Twenty20 squad for the tour of Sri Lanka.

But he only made his international debut on the tour of Zimbabwe, claiming 5-25 in only his second game during which on-field and television umpires as well as the match referee reported his action.

Pakistan team manager Intikhab Alam said the news came as a big relief for the team as well as for the player.

“We were confident that his action would be cleared,” Alam told AFP. “Its a good news for Asif as well as the team.”

Asif is in line for a Test debut in the third and final match against England which starts in Sharjah from Sunday after paceman Imran Khan was ruled out with a hand injury.

He was included in the squad of 16 as cover for spinners Yasir Shah and Zulfiqar Babar.

The ICC launched a crackdown against chuckers in June last year, during which as many as 12 bowlers were reported.

Hafeez was banned from bowling for 12 months after his action — cleared in April this year — was reported for a second time in July.