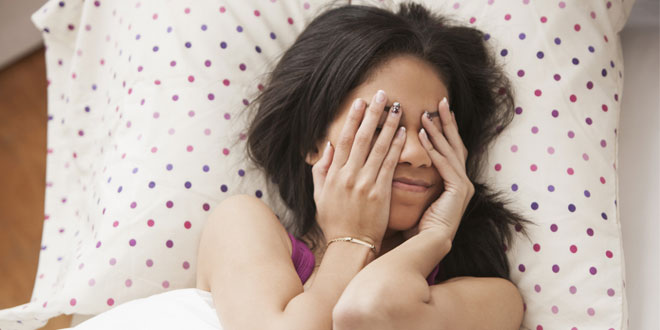 If you want to be alert and ready to face the day, it’s better to have an uninterrupted night’s sleep, even if it’s not very long. A new study out of the U.S. shows that interrupted sleep is less restorative and leads to a worse mood than a lack of sleep caused by going to bed late.

Young parents and night workers are well aware that broken sleep makes you tired but can also affect your mood.

Researchers at the Johns Hopkins University in Baltimore in the US demonstrated that interrupted sleep and forced awakenings had a negative impact on mood. They reduced energy levels and feelings of sympathy and friendliness on a bigger scale than a lack of sleep or simply going to bed late.

The team randomly allocated 62 healthy men and women 3 sleep patterns in a hospital environment. For three consecutive nights, the participants in the first group were forced awake eight times each night. The volunteers in the second group had a late bedtime, and the third group had uninterrupted sleep.

The researchers then compared the results obtained using a polysomnography (sleep recording), a medical exam which measures muscle movement, micro-awakenings, pauses in breathing and the sleep cycle structure (slow-wave/deep sleep).

The volunteers also rated their daily mood using a mood evaluation scale based on questionnaires that they filled in themselves.

The findings of this study, which were published in the November 2015 edition of the journal Sleep, suggest while negative mood levels such as sadness and anger emerged on successive nights, on the first night they did not increase much. It was from the second night that the differences between the groups became significant. The group with the participants who were woken up a lot had a 31% drop in positive mood, while those who went to bed late had a 12 per cent drop.

The team also noted differences in sleep structure. The group which had interrupted sleep had very short periods of deep, slow-wave sleep compared to the group of sleepers who went to bed late. Deep sleep is the key to the feeling of restoration the researchers say. Insufficient deep sleep could therefore have a greater effect on reduced positive mood, tiredness, and energy levels.

This experimental study on humans also highlighted for the first time that the partial loss of sleep caused by successive awakenings is more damaging to mood than a lack of sleep or a shorter night’s sleep.

The team says that these results suggest that there could be a connection between depressed mood and insomnia.