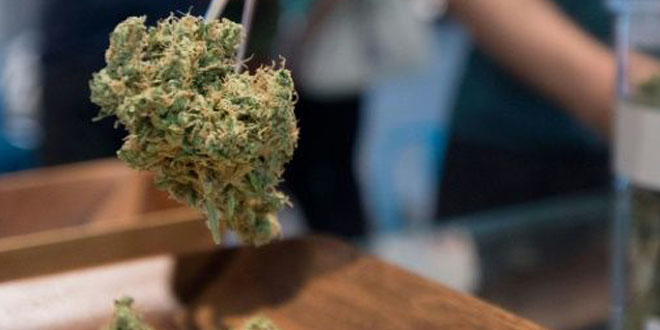 Australia Saturday announced plans to legalise the growing of cannabis for medicinal purposes, saying those suffering debilitating illnesses deserved access to the most effective treatments.

Research, most recently findings published in the Journal of the American Medical Association in June, showed marijuana has some effectiveness in helping treat chronic pain.

But it also cautioned of a long list of side effects and the issue of whether or not it works remains a matter of debate globally.

She said it would deliver a safe, legal and sustainable supply of locally produced product for the first time.

“Allowing the cultivation of legal medicinal cannabis crops in Australia under strict controls strikes the right balance between patient access, community protection and our international obligations,” she said in a statement.

Ley added on national radio that she had been moved by stories of people who got relief from medicinal cannabis.

“I have heard stories of patients who have resorted to illegal methods of obtaining cannabis and I have felt for them, because with a terminal condition, the most important thing is quality of life and relief of pain,” she said.

“And we know that many people are calling out for medicinal cannabis.

“It is important therefore that we recognise those calls for help, that we put in place what we know will support a safe, legal and sustainable supply of a product.”

The Labor opposition said it supported the move, with the government envisaging that cannabis will only be available to patients through a doctor’s prescription or a medical trial.

Ley made clear though that the move did not mean legal recreational use of the drug was any closer.

“At the end of the day, cannabis is classified as an illegal drug in Australia for recreational use and we have no plans to change that,” she said in the statement.