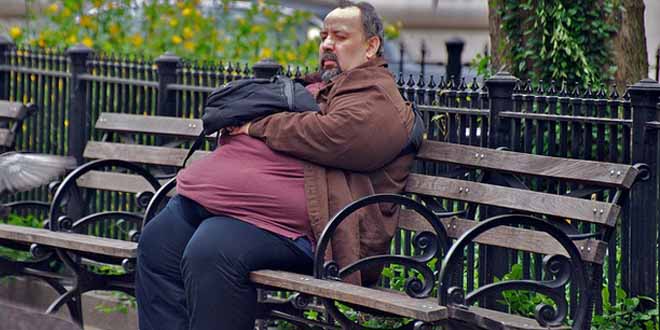 Attempts at suicide may rise after weight-loss surgery

Those who undergo weight-loss surgery may face a 50 percent higher risk of attempting suicide after the operation, according to a study out Wednesday.

The research involved more than 8,800 people in Canada and is published in the Journal of the American Medical Association (JAMA) Surgery.

Those in the study were followed for three years before and after bariatric surgery to alleviate morbid obesity, an epidemic in wealthy nations where as many as six percent of the population is affected.

While researchers have long known that mental health problems can be common in people who are severely overweight, they have not been able to pinpoint whether risks of self-harm existed before surgery or rose afterward.

The actual number of self-harm emergencies among the 8,800 people was low — 111 patients had 158 such emergencies.

But researchers found that the risk of these emergencies increased significantly — by approximately 50 percent — after surgery.

“Intentional self-poisoning by medications was the most common mechanism of attempted suicide,” said the study.

Other methods of self-harm included alcohol, physical trauma and poisoning by toxic chemicals.

According to lead author Junaid Bhatti of the Sunnybrook Research Institute, Toronto, the findings suggest a need for more careful follow-up of bariatric surgery patients. Some 200,000 such operations are performed annually in the United States.

Nearly all the self-harm emergencies occurred in patients who had a history of a mental health disorder.

The study did not identify specific reasons for the spike in self-harm attempts.

But experts know that shrinking the size of the stomach via surgical means can also alter alcohol metabolism, and may boost risky behavior as a result.

An accompanying commentary by Amir A. Ghaferi and Carol Lindsay-Westphal of the Ann Arbor Veterans Administration Healthcare System in Michigan pointed out that bariatric surgery patients experience twice the level of self-harm emergencies compared to the average population, and four times the suicide rate.

“Most self-harm emergencies occur in the second and third postoperative years,” they wrote, adding that “there is currently no minimum standard for psychological follow-up” and postoperative follow-up has generally been poor.

“Bariatric surgery is more than just an operation. It is time we recognize and treat it as such.”

Other experts said the findings should lead to more intense screening of potential patients.