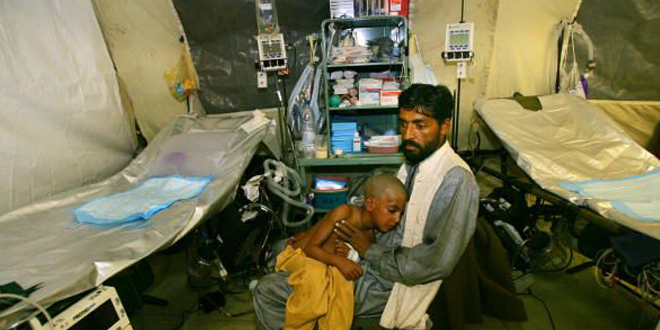 Are only the elite allowed better healthcare in Pakistan?

In developing countries, it is sad to say that there will always be those who are privileged and those who are unprivileged. But the question remains – what, exactly, do we mean by privilege?

These questions can go on, but it would still not bring us close to a universal definition.

However, when we talk about privilege in terms of class and ethnicity, it becomes a little clearer as to who is in a position of more benefit than others. If someone is able to afford better facilities, just because of virtue of his birth in a better family, a better class and a more stable ethnic background, then that person is privilege. But how do we decide if a country has a prominent privilege problem?

It’s easy. Just see how many people have equal access to general utilities.

For example, what are the main things that any country’s population needs – a good healthcare system, a well-balanced education system, a strong defense system and the likes? So if everyone has equal access to these facilities, that country would have a low ratio of privileged versus unprivileged class.

Our country stands second last in the global health-spending index at just 2.2% of the GDP – according to WHO. Now, my question is how can a country which just spends 2.2% of its GDP on healthcare have a unified system for all its populous? Surely some people would be privileged to better healthcare facilities than others? And we see exactly this in most of our regions, where developed cities have better hospitals and rural areas have meager health facilities. Even in a metropolitan city like Karachi, people have public and private hospitals to go to, and if they have enough money, they opt for a private hospital as it would guarantee them better service and more qualified doctors.

I discuss healthcare primarily because that is where the starkest differences can be spotted.

If you are still confused as to how privilege works, here is a hypothetical situation to make you understand the difference in a better way. Let’s say an individual becomes dehydrated in Karachi and decides to go to say Aga Khan Hospital, where he/she gets an immediate treatment with a good costing bill. Another individual, in the same city, suffers dehydration and has no choice but to go to Jinnah Hospital, where he/she has to wait in line to be treated – which often results in the patient’s condition getting worse.

Who is the privileged one here and who is the unprivileged? I am sure the answer is clear to you now.

I remember having a discussion with a friend in which we talked about the different class systems of Pakistan. Usually, people think that our social fabric is divided into lower, middle and upper income groups. But that is not the case – things are not that simple.

In Pakistan, we have the poor, poor lower, lower, lower middle, middle, higher middle, lower upper, upper and the elite income groups. I bet half of you who read this article would be appalled with the number of division I have just mentioned. But all of these divisions exist, and each income group is more privileged than its predecessor.

This, essentially, should not exist. The government should be able to provide a unified system for all income-groups – just like it happens in the Scandinavian and other countries. A person should not have to depend on money to get good healthcare or proper education.

I watched a video which inspired me to write this article, asking what privilege is. It was an experiment conducted on a group of random people, by asking questions that ranked them to be privileged or unprivileged. I pondered on our society, that if such an experiment was conducted here, it would be clear to see how we, as a society, are expanding the gap between the privileged and unprivileged. This expansion needs to be stopped.