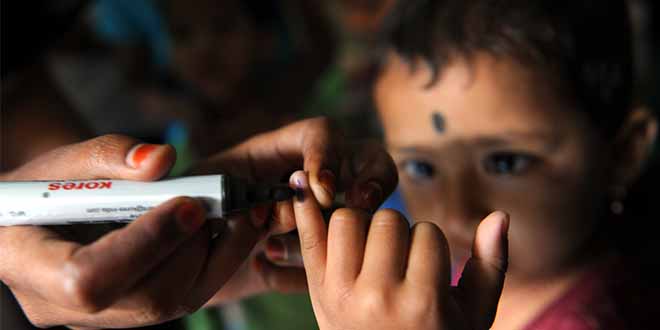 A five day anti-polio drive started on Tuesday in eight ‘High-Risk’ Union Councils of Malir, East and West locales, concentrating on around 240,000 children.

1,285 teams started immunizing the children against Polio in Muzaffarabad Colony, Gujro, Songal, Manghopir, Ittehad Town, Chisti Nagar and Islamia Colony. These Union Councils were among the eleven High-Risk neighborhoods, marked by the administration, as a year prior, all the twenty three Polio cases in Karachi came from the regions. On the first day thousands of children were given the Oral Polio Vaccine (OPV) drops in various areas.

Three of the eleven Union Councils including Rerhi Goth of Bin Qasim Town, Firdous Colony of Liaqutabad town and Chakra Goth of Korangi town were numbered out from the class of High Risk locales by the Sindh Health Authorities and the World Health Organization (WHO), after no Polio contamination had been found in some ecological tests.

The administration decided to concentrate on the remaining eight territories. In a meeting held at the Karachi Commissioners Office with Commissioner Karachi, Shoaib Ahmed Siddiqui, led by the Commissioner himself, it was chosen to take the neighborhoods in the councils in certainty to guarantee that every child in the areas gets vaccination. They moreover decided to set up medical camps for general immunization of children.

The countries faces many barriers in the eradication of the Polio virus, including the lack of education about the disease, the religious beliefs, myths about the polio drops, currently the dense population rate in IDPs, but the major barrier in the Polio eradication has been security threats to the Polio workers. The Polio Eradication officials said that tight security arrangements have been made in coordination of the Rangers to avoid any untoward situation.