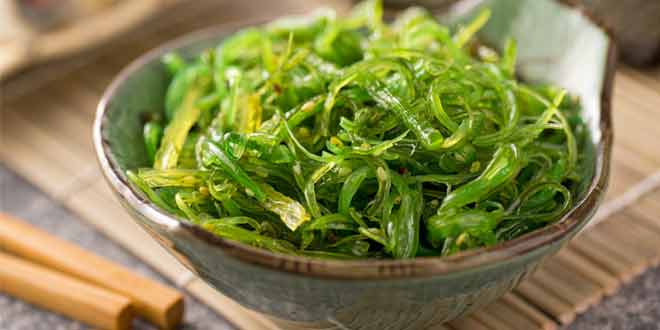 Adding seaweed to processed food is good for our health

What if manufacturers or even consumers added a little seaweed extract to processed food such as pizzas and hot dogs? That is the very serious question asked by a Danish researcher after having noted that potassium-rich seaweed reduces the risk of cardiovascular disease.

Eating seaweed is already very common in some Asian countries, but less so in the west. Now scientists have shown that adding it to processed food is good for our health.

This professor of biophysics at the University of Southern Denmark, who has written several books on the subject of seaweed in food, is also the joint author of an article on the subject published in the journal Phycologica on November 16.

He studied the health effects of 35 different species of seaweed. Because of its nutritional value, edible seaweed is low in calories and is packed with antioxidants, fiber, iodine, polyunsaturated and omega-3 fatty acids. Ole G. Mouritsen says that seaweed’s potassium and salt content does not increase blood pressure, unlike a lot of processed food.

Seaweed also delivers umami, which is found in sushi. This Japanese name means the fifth of the basic tastes for humans. It is thought to promote satiety and help regulate food intake by avoiding any addition of sugar, salt or fat.

Dried seaweed can add to the flavor of flour used to make pizza, pasta and bread. Added to meat, it helps to increase the quantity of dietary fiber and antioxidants, and reduce cholesterol levels. Used as a powder, it can even replace table salt.

As it has a long shelf life, dried seaweed can be used for months, even years, without a loss of flavor or aroma.

The researcher and his team say that one of seaweed’s main advantages is that it can improve ready-cooked food.

They tested bread containing seaweed on a group of overweight men. The volunteers accepted its taste as long as its content did not exceed 4%. There was an increase in the participants’ dietary fiber and they consumed 16.4% less energy over a period of 24 hours.

“We know that many people have difficulty distinguishing between healthy and unhealthy food”, the scientist explained. “By adding seaweed to processed foods, we can make food healthier. In many cases, we also get tastier food, and it may also help reduce the risk of cardiovascular diseases.”

Professor Mouritsen and his team recommend adding 5-10 grams of seaweed in dried or granulated form to food each day, although they say it is difficult to determine exactly how much we need to eat to obtain health benefits.