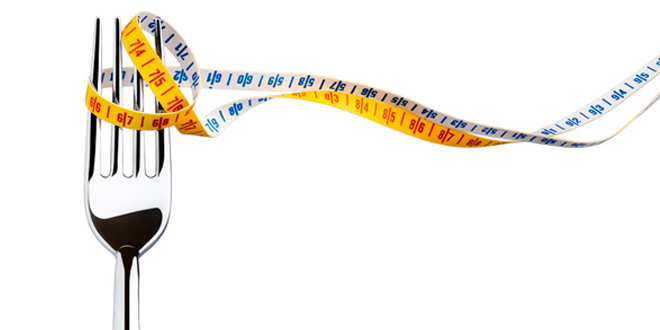 There is only one problem with diets: They don’t work. If you stick to a diet, over time you may lose some weight, but it is highly unlikely to stay off long-term. In fact, you may regain it all and then some.

Most diets are based on willpower. When other people look like they need to lose weight, we often think they are lacking in willpower or just plain lazy. That is not the case. The truth is, hardly anybody has enough willpower to resist tempting foods if they are routinely confronted with them. That’s not just my opinion: It’s the conclusion of a brilliant, highly readable, and scientifically-based book by Traci Mann, Secrets from the Eating Lab: The Science of Weight Loss, the Myth of Willpower, and Why You Should Never Diet Again.

Below I share nine of Mann’s best strategies for actually reaching what she calls “your leanest livable weight” without dieting or summoning mythical willpower.

First, genetics determine much of our weight, so there’s a limit to how much we are likely to lose or gain. Second, circumstance and situation often influences weight. We need to manage our environment and our ways of thinking, not our cravings.

Start every meal with a vegetable, such as a salad or some crudités. Make sure you have only a vegetable in front of you. If your salad is sitting alongside a bread basket, that’s not a fair fight. Mann puts it this way:

“Be alone with a vegetable.”

Make your healthy foods easy to notice and grab and eat. For example, put them in the front of your refrigerator. Get some produce that requires no slicing, dicing, or cooking, such as grapes. For the good stuff that is higher-maintenance, like many vegetables are, get them all sliced and diced and ready to be cooked as soon as you get them home. Or buy them already peeled and chopped.

Make foods that are not so healthy harder to notice and grab and eat. Stick them in the back of the refrigerator or pantry. Put them in containers that are not see-through.

Have you heard of the great experiment at Google? When M&Ms were switched from clear containers to opaque ones, the company’s 2,000 employees consumed 3 million fewer calories from the candies in the seven weeks after the switch than they had during the seven weeks before!

Make yourself work for your food

This works in part because we are kind of lazy and even the smallest obstacle placed between us and our food can reduce the amount we eat. (For example, if you have to reach in farther to grab something from a salad bar, you will eat less of it than what’s right in front of you.)

When you use a smaller plate and fill it up, you think you are eating more food, which tricks you into feeling fuller sooner. That trick is a compassionate one—it works even when you know about it.

Don’t think of healthy foods as healthy! That will just make you eat less of them.

Think about them in other ways that you find appealing—such as how cold and refreshing a fresh fruit salad tastes straight from the refrigerator on a hot summer day; how tart and crispy an apple is; how fulfilling it is to eat tomatoes you planted yourself; or how discerning you were to have found the very best-looking broccoli from all of the different offerings at the farmers’ market.

Think in the abstract

You can’t always control what’s in front of you. When confronted with something tempting, try to think about it abstractly rather than focusing on how good it looks or the fresh-baked scent wafting through the air.

You know that famous study in which the kids (bache) could get two marshmallows if they could just wait a while to eat the one in front of them? The children did better if they thought of the marshmallow as, for example, “a puffy white cloud” rather than a yummy treat.

If you know in advance that you are going to be walking into a place of temptation (such as a party with delicious finger foods), have a plan—but not one based on deprivation! Do not say to yourself,

“If they pass around several different kinds of hors d’oeuvres, I just won’t have any.”

Remember, willpower is not part of the program. Instead, tell yourself you can have one of each.

And create a plan to get around them. Do you always pick up a candy bar when you are in the check-out line of the supermarket?

Seek out an aisle without any candy—or order your groceries online. Turn these avoidance strategies into habits that you do all the time without even thinking.

Whatever you are eating, pay attention to how wonderful it is. Don’t be distracted by what’s on your laptop or your phone.

“Not only does savoring lead to more enjoyment of the food you eat, but there is some evidence that if you savor your food, you may be satisfied with a smaller portion of it.”

About the author: Bella DePaulo is a social scientist (PhD, Harvard), an author of multiple books, a blogger, a speaker and a consultant.