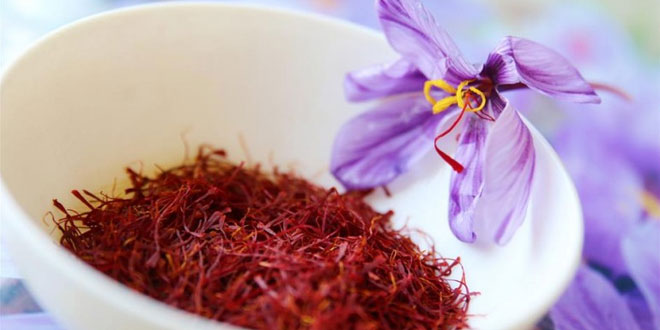 5 herbs and spices that make you happy

Several studies and nutritional publications agree that certain foods, including herbs and spices, have the power to make us happy. The famous omega-3 fatty acids, found in oily fish, nuts and seeds, are notably recommended for lifting the mood.

However, certain herbs and spices can also have natural antidepressant properties, bringing mind and body a boost with a variety of different flavours. Here’s a closer look at five top blues-busting ingredients from the spice rack saffron, cinnamon, turmeric, rosemary and thyme. The smell of saffron is enough to take the senses on a far-flung voyage. Considered the spice of happiness in traditional Eastern medicine, a 2015 Iranian study suggests that saffron has the same effects as antidepressants. It’s particularly believed to target problems relating to mood and depression, as well as food-related behavioural issues like snacking. Note that it’s not recommended for pregnant women or children under six With its spiced, wintery aroma, cinnamon is enveloping, warming and stimulates neurons. Whether in sticks or ground, cinnamon can, for example, influence brain function by boosting concentration, memory and attention. It’s also a great solution for calming sugar cravings. Two types of cinnamon are available Ceylon cinnamon, which is finer and more expensive, and the cheaper and coarser Chinese cinnamon (also known as cassia). This spice’s yellow ochre shade will brighten up any dish. Known for its anti-inflammatory and antioxidant properties, turmeric also stimulates the release of serotonin, the happy hormone. It’s often sprinkled on top of Indian dishes or mixed with coconut milk in Thai fish curries. For something different, try adding it to fruit-based desserts – its flavour can pleasantly complement to sweet dishes. As well as bringing a delicious Mediterranean flavour to dishes, rosemary has its own medical virtues. In cases of physical or mental fatigue, burn-out and depression, it can give the body a welcome boost. It notably helps with insomnia and with calming nerves. This herb is a star ingredient of Provencal cuisine and is often matched with flavourful tomato dishes. Like rosemary, thyme is a good ally in cases of mental fatigue, stress and insomnia. As well as containing lithium, a mineral with antidepressant properties, thyme contains the amino acid tryptophan, used to make serotonin, which is essential for sleep. It also stimulates the mind and calms the nerves. Look for one of the many herbal teas based on blends of rosemary and thyme.