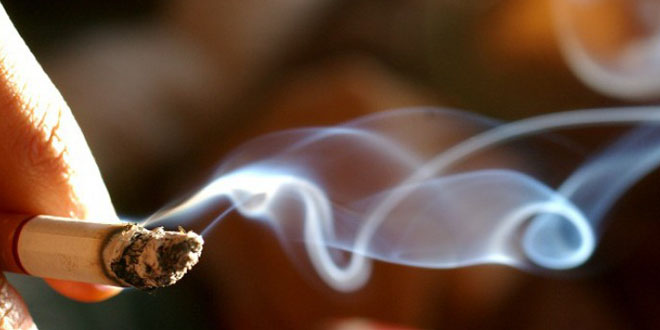 According to the Global Adult Tobacco Survey (GATS), more than 24 million people in Pakistan consume tobacco, one way or another. Of these tobacco consumers, 15.6 million are smokers while the rest have alternate non-smoking methods of consumption. Tibacco usage is widely known to cause several health problems.

The adverse health effects of smoking are well-documented. WHO estimated that about 90% of all lung cancer deaths worldwide, 75% of chronic bronchitis and emphysema, and 25% of ischemic heart disease in men under-65 years of age are due to smoking.

Saira Afzal Tarar, minister for health, said that 29% of the smokers start smoking before the age of 17. According to her, around 1200 children, aged between six and 12, indulge in tobacco-related drugs and almost 250 to 275 people die due to this intake every day.

In the press briefing, the minister accepted the disturbing facts about tobacco consumption in Pakistan, but emphasized on the fact that Pakistan is among the few nations which have taken the initiative to curb the use of tobacco.

She further added that while the health-related factors are well known, very few of the poor realize how consuming tobacco restricts their buying power for other commodities; she discussed how the price for 20 cigarettes equals that of one loaf of bread or five eggs.

Although medical experts have called tobacco “a silent killer,” positive steps to curb its consumption are still missing from the government. It is time that the administration realizes the importance of minimizing tobacco consumption and starts implementing a stricter policy.