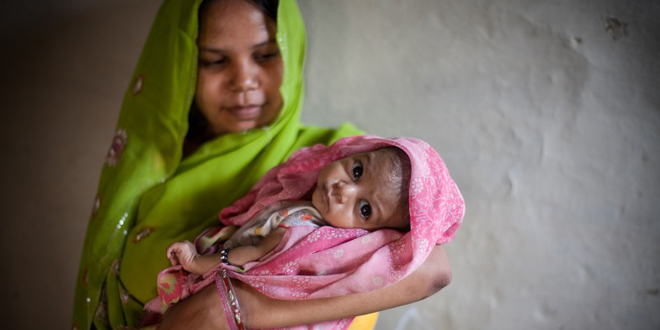 Pakistan’s mother-and-newborn indicators are amongst the lowest in South Asia – lower than Bangladesh, Bhutan, the Maldives and Nepal.

Moreover, the country could not meet the Millennium Development Goals (MDGs) 4 and 5, of reducing under-5 child mortality and improving maternal health by 2015, by a large margin.

These views were expressed by experts at an International Conference on “Maternal, Fetal and Neonatal Medicine” held here under the aegis of Aga Khan University’s Centre of Excellence in Women and Child Health.  It was organized in collaboration with the Neonatology Group, Pakistan Pediatric Association (Centre).

Experts were of the view that Pakistan can make much more progress towards promoting the health of pregnant women and newborns, and meeting the Sustainable Development Goal on health, by strengthening policy, targeting specific health system’s bottlenecks and investing in improving access to quality health services.

They deplored that every year, 8,000 Pakistani women continue to die either from pregnancy complications or in childbirth, and one mother’s life is lost every 40 minutes. The maternal mortality ratio (MMR) may have declined from 521 in 1990 to 332 in 2012 but it is still far behind the proposed MDG target of 130 by 2015. There are also wide variations between provinces, with the MMR being the lowest in the Punjab at 227 and highest in Baluchistan at 785 deaths, they added.

Speaking on the occasion, Dr Sohail Salat said: “It is universally agreed that no country can make progress without improvement in its health indices if there is no substantial and meaningful improvement in maternal, fetal and neonatal health.

“Ending preventable child deaths requires a focus on a healthy start. Globally, close to 3 million newborns die annually, accounting for 44 per cent of deaths in children under age five, and an additional 2.6m babies are stillborn each year, with almost half the deaths occurring during labour. Pakistan currently ranks 26th in the world for under‐5 child mortality rates which has fallen from 141 in 1990 to 89 in 2012, though less than the MDG 4 goal of 46 by 2015. Worse, newborn deaths are a major contributor to under-5 mortality with around half of deaths occurring in the first month of life, he added.

Dr Jai Kumar Das said that a study of newborn survival opportunities in the SAARC (South Asian Association for Regional Cooperation) countries showed that of the eight members just two, India and Pakistan together are responsible for 88 per cent of newborn deaths and 82 per cent of stillbirths in the region. Across all countries, for women, stillbirths and newborns, the time of highest risk is the same.

“Birth is the time of greatest risk of death and disability,” Dr Das said, and added: “The focus should be on care during pregnancy and during and immediately after birth.”

The plan, he added, covers the spectrum from improving the quality of care available at basic health units, rural health centers and district hospitals; investing in nutrition especially of adolescent girls, mothers and children; increasing investments in health; agreeing on meaningful indicators, a monitoring framework and accountability mechanisms; and above all, creating the political will to support the mother and child agenda.

Dr Zulfiqar A. Bhutta said that the ultimate goal is to facilitate the adoption of policies that will bring an end to preventable deaths among all women and newborns and to bring about a more prosperous and sustainable future. “We have to look at inter-sectoral linkages and addressing social determinants of health if we are to make a difference to the lives of the poorest of the poor,” he suggested.