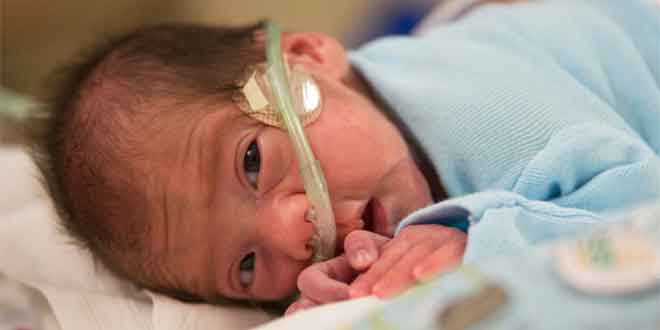 Doctors in Nebraska prolonged a life of a brain dead woman for 54 days so that she could deliver a baby boy named Angel.

She was kept on life support until doctor could perform a caesarean section. The mother, Karla Perez 22, died two days after the delivery. Angel weighed just 2 pounds 12.6 ounces at birth.

The staff looked at medical records and found that since 1982 there have only been 33 cases of pregnant brain dead woman being kept alive to deliver their babies, the last case was in US in 1999.

A team of more than 100 doctors, nurses and staff kept Karla under critical care. The Vice President of the Methodist Health System who performed the operation said, “Our team took a giant leap of faith. Angel’s first cry was bittersweet, it meant he was alive but Karla was gone.”

Karla was struggling with Juvenile Rheumatoid Arthritis from a young age; doctors had warned her that she wouldn’t be able to have children. But three years ago she gave birth to her first child.

While her 2nd pregnancy she had been complaining of severe headaches and in the 22nd week of her pregnancy she collapsed in her home in Waterloo after suffering a brain hemorrhage. With her baby at just 22 weeks, too young to survive outside womb, the doctors decided to prolong her death for at least 32 weeks, but the mother’s condition deteriorated two weeks shy of the target date.

The baby was operated and was put into an incubator and fed through a tube. Doctor Brady Kerr, a neonatologist said, “We are cautiously optimistic. The baby is still in NICU and his family surrounded him with his mom’s things hoping that her scent will keep the baby comfortable.”

Karla’s legacy will live on in many ways, not only in her two beautiful children but her will of donating her liver, kidney and heart which helped to save three other lives.