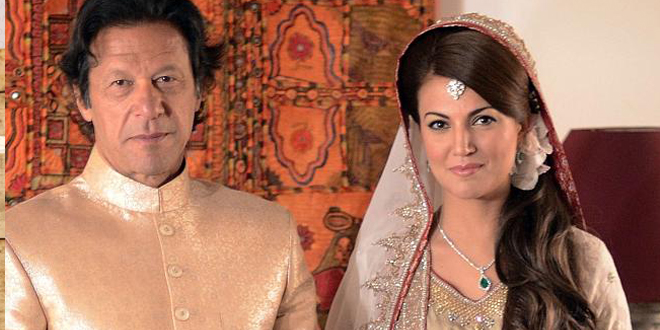 Why not let your single parents get married again?

I would like to bring a very sensitive issue to everyone’s attention, something that few people talk about and even fewer care for. And that is the question of letting senior single parents get married.

There are mixed views regarding this topic.

Some consider it a taboo which should not be discussed because of the stigma attached to it; most married children fear the reaction of their spouses and the adjustment problems they might have to face when a new member enters the family circle, while others are scared about the reaction they might get by the extended family and their social circle.

In most cases, it’s the interest of the children that is of utmost priority and the poor parent has absolutely no say whatsoever; if the parent does suggest such a thing, they are often met with hostility and reprimand.

In this day and age, when life has become so fast, grown-up children hardly have any time to give to their single parents and even when they do spend time with them, they feel bound and believe that their movement is restricted in certain ways… which to some extent is true. Keeping this in mind, what are the parents supposed to do for companionship?

While our religion allows and encourages remarriages after a divorce or death of a spouse, I feel that our culture has made it hard for people to follow this option. It is partly because the culture of the subcontinent has many undertones and it has been influenced by many religions – some of which are not in favor of remarriages. This is why we see a distinct disapproval in our society for people who marry again while having children.

A case in point is that of my friend’s father.

Her mother passed some 20 years back and at that time, her father was 60-years-old, healthy and looking after his own business. All her siblings were married and had their own individual lives. Therefore, if the father were to get married again, it would not have affected any of their lives. However, when the topic was discussed, the children were furious and many of them stopped talking to him. Today, at 80, he is an old man who is dropped off from one son’s home to another and sometimes to the daughters who feel that abba ji is a bit too much to handle, always seeking attention and a burden because many times they have to cancel their vacations to stay at home with him.

It’s such a shame that when a parent sacrifices his or her entire life to bring up their children, the same children do not consider the natural and emotional needs of their parents. They are your parents and will continue to be so even if they do get married again but please do not forget that they are humans too, with equal needs both emotional and physical.

I think it’s high time that we free our minds of such taboos, which are creating so many social and moral issues these days.

I have seen many parents who have given in to their children’s irrational desire for them to stay single. And those parents have suffered greatly. However, I have also seen cases where the parent actually took a stand and made their own decisions – decisions which were sometimes great and, at other times, complete disasters.

One such example is of Ms Ahad*. She was 45 when her husband passed away and she had one daughter; she contacted her friends and showed desire to remarry. Fortunately, she was introduced to a divorcee with no kids. Today, they are happily married for the last 15 years and her daughter is happy too.

On the other hand, there was the case of Mr Saleem*; he was also a widower and a father of four children, who wanted a new start in his life. However, when he shared his desire to remarry, he was met with tons of opposition from his sons and daughters-in-law. This made him furious and, as a reaction, he married the domestic help to make a point. However, the maid turned out to be a gold-digger and within just a few years, she took control of all his property and today all his children regret that had they listened to him and helped him find a suitable companion, this would not have happened.

These oppositions can cause many health related problems too. A person can be stressed out which can lead to physical as well as psychological issues. I must also point out here that many immoral practices are taking place in our society because of our reluctance to get single parents remarried.

Just a few days back, a friend of mine, who is a widow herself, disclosed that she was involved with a man who is also a widower but since his children are reluctant about him remarrying, he suggests a companionship out of wedlock and he says that it is very common these days. Many a times, the children know about these cohabitations and they are all right with it. They would rather have their parents commit a crime than to get married legally. Such are the double standards of our society.

My sincere advice to grown-up children is that if you feel that your parents desire to tie the knot again, please do not shun them. They need your love and affection and also your genuine help in finding a suitable partner; not everyone is a gold-digger or a fraud, there are honest and caring people as well. So why not help them and let them live a complete life?

In such positions, your parents need you more than ever.

*Names have been changed to protect identities

About the author: Mussarat N. is a Pakistan Studies teacher at a reputed school in Karachi. She loves to read and write about social issues and is also a mother of four children.