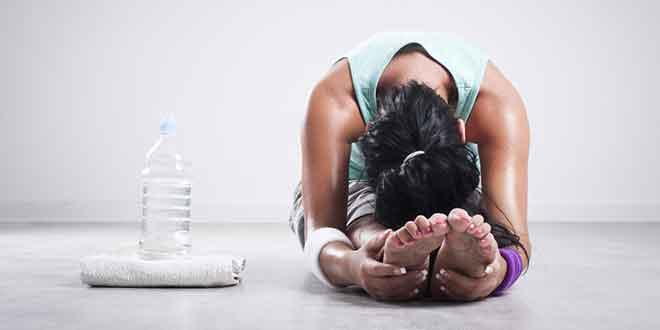 Bikram Yoga: Are You Game Enough

This is a branch of yoga that takes its roots from Hatha Yoga; it was created by Bikram Choudhry and gained stardom in the 1970s. Bikram yoga classes extend to 90 minute sessions and comprise of two specific breathing styles with 26 postures. One thing that distinguishes Bikram yoga is that it is practiced in a room that is heated to 40.6 C or 105 F with a humidity level of 40%.

Bikram Choudhry is the founder of the Yoga college of India; he started his yoga practice at the early age of 4 and retired as the undisputed All India National Yoga Champion. Later on Bikram went on to write books, and compile the 26 posture yoga that is known as Bikram Yoga.

It has great benefits

These postures also systematically move fresh, oxygenated blood to one hundred percent of your body, to each organ and fibber, restoring all systems to healthy working order, just as Nature intended. Proper weight, muscle tone, vibrant good health, and a sense of well being will automatically follow.

The added benefits of Bikram Yoga are that it includes strength, clarity of mind, increased flexibility, healing of injuries, improved postures and Weight loss. Even though Bikram Yoga is a very popular form of yoga practiced by millions, this branch of yoga has gained a lot of negative fame over safety issues.

It has its risks too

As studies have concluded that there are numerous health risks, the biggest one being Hyperthermia due to the extreme heat condition created in the yoga room. Still a lot of athletes prefer Bikram Yoga as it is believed that the heat has toxin flushing, weight managing, injury healing, emotion strengthening and career extending abilities.

There is no concrete proof to back these claims but it still remains a very common form of yoga in celebrities. The argument is that the excessive sweat produced in the Bikram yoga sessions result in dehydration and hyperthermia is a common anomaly. The symptoms of hyperthermia are fainting, nausea, dizziness and heat stroke.

It isn’t for the light-hearted

If you decide to try a class, don’t expect your instructor to demonstrate the moves. In Bikram, they’re trained to talk you through the flow as part of a moving meditation, listening to these directions forces practitioners to stop thinking and be in the moment. No matter where you practice in the world, the dialogue between the teacher and the student stays pretty much the same.

This form of yoga can react with yogis that take prescriptions for nervousness, high blood pressure, insomnia and depression and should always consult a physician before taking up Bikram Yoga.

But if it doesn’t break you, it makes you

Still an added factor to Bikram yoga is that it greatly increases flexibility and this is very helpful for dancers though this again raises health risks as this causes instability in the joints. Another common belief among dancers is that Bikram yoga aids in limb placement perception, even though there is no scientific proof to support these claims.

Namely there are 26 postures of Bikram Yoga are: