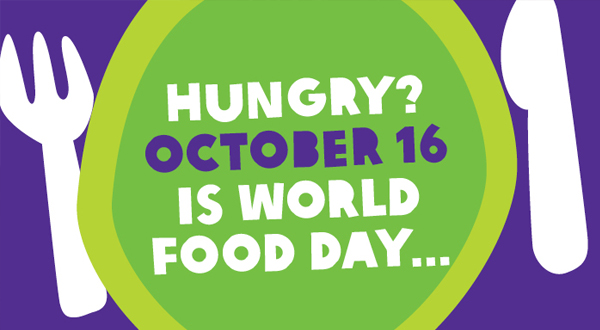 On October 16, 1945, the Food and Agriculture Organization of the United Nations (FAO) was established in Quebec, Canada, based upon “its conviction that the objective of suppleness from need of food, suitable and satisfactory for the wellbeing and quality remarkably can be accomplished”. Celebrated far and wide, World Food Day respects that day and our dedication to eliminating world hunger.

Numerous contemplate there is excess of individuals in the world and too little nourishment for them. In any case, that is not a genuine truth. Our planet creates enough sustenance to adequately sustain each woman, man, and child. Rather, power has become hunger. Its origins lie in the disparities that control the access of assets. At this moment, numerous farmers in the third world poor nations—the general population who puts so much effort in growing and harvesting the food the world depends on—don’t have the ability to get to the proper resources to prosper on their own feet.

Therefore, World Food Day is a day to take a stand against ending this hunger over power. On October 16, people across the world gather together to assert their dedication to exterminate hunger in our lifetime. When we speak of hunger, the only tolerable numerical on the planet is a big egg – a zero.

The main aim is to increase awareness among the public about deprivation of nourishment and embolden people around the globe to participate in this battle against hunger. Steered by the FAO Liaison Office for North America, the World Food Day USA & Canada Network comprises of over 60 organizations, universities and companies that are working to accomplish a zero in hunger world.

Every year, a certain theme is taken to focus on one topic related to eradicating hunger. The subject for 2015 will be “Social Protection and Agriculture”, which plans to highlight the part social assurance is playing, in ensuring so as to lessen unending provisions, unreliability and hardship of direct access to nourishment or the way to purchase food. Social protection is, in addition, a reasonable option for invigorating horticultural production and local-fiscal action.

With the topic chosen for this year, World’s Farmer Organization (WFO) is especially delighted as to how this year’s World Food Day is intended to emphasize towards the importance of agriculture, such as the problems encountered by farmers, highlighting the accomplishments in rural development and motivating the produce of organic agriculture.

It is considered to be an important job for the farmers to produce not only good quality but food that is beneficial in assurance to security for all the people. FAO has specified that agricultural production has to escalate by 60% worldwide to achieve the demand of food, which is sufficiently required to feed the 9.2 billion people who will be on our planet by 2050.

For this objective to be met with a guarantee and overcome this battle, it is essential to certify that farmers have admittance to the proper set-ups, credit, and operative markets. Farmers also need to be updated as science has evolved and continues with the correct knowledge to new innovations, which are vital for the growth of the agricultural sector.

I think the world fails to realize that food is an asset that is to be distributed equally amongst the people of the world. And that if there is a lack towards the importance of our agricultural sector, the world will end up with a dire famine. The power that has taken the toll over hunger and has stimulated even the most basic produce to only those who have control, is not only demeaning in the present times but for the future that lies ahead of us.