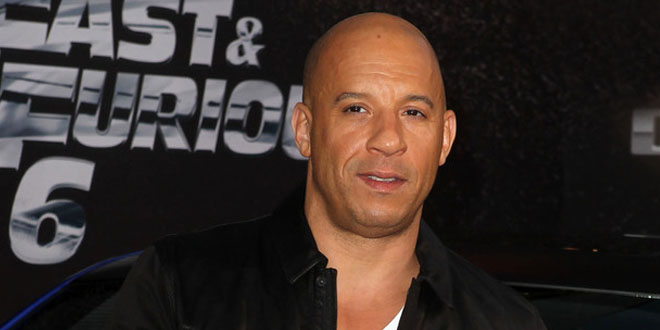 It is ironic how there are people out there that look so highly towards celebrities, even up to the extent of obsessing over them for years, yet at the notice of even the slightest change or flaw, they somehow need the humiliate them. The irony stands. But, why?

Just because they are celebrities and are almost near beautiful people when it comes to looks, body and charm, does not mean they are any less human than you or anyone else on this planet! Bullying doesn’t just happen to the stereotyped victims or teenagers. It can happen to the biggest of actors for the most ludicrous of reasons.

As such, a recent incident occurred with a well-known actor who automatically makes our cars want to be fast and the furious. None other than Vin Diesel himself has been body-shamed by his own fans. The impression that has always been associated with women and the notion that men simply do not experience body-shamming has found its way to be proven as utterly fabricated.

We all know how crazy the paparazzi can be and how they can stoop so low to achieve their aim. Headlines and tabloids went insane and ruthless, when the actor was scrutinized.

Now even when I read this I was, I was shocked at their words, when I know that Vin Diesel looks real good.

US Weekly decided to express it,

What does this even supposed to mean? That the man has to stay in character of being Dominic from Fast and the Furious or Riddick from Chronicles of Riddick all the time? That he can have no other personality of his own or for his fans to be inspired from, he has to maintain his oh-so-‘perfect buffed body’?

After numerous shots of him standing over a balcony shirtless were taken, haters body shamed him for not being up to the mark he has always set. The pictures, taken from such an obvious angle, portrayed the fact that he might have the belly of Homer Simpson after being a dad, attaching him to the tag “dad bod.”

But then again, the man that people tried to sham? Well he is not only sassy but classy when it comes to turning these haters down. He decided to choose the exact platform to which his haters rose up from: Instagram. Just a couple days of later, Diesel decided why not show them who they’re really up against in the unexpected cool way from such an aggressive role playing actor. He decided to respond to the criticism by speculating his all-time maintained physique.

To kick-off, the muscle man, 48, shared a photo of himself looking well-built in a black T-shirt and jeans. In his first post over the weekend after spending the day promoting his new film The Last Witch Hunter, he said body-shaming always wrong.

It is amazing the response from the journalists who I have been talking to for the last two days in New York. Today one wanted to see the dad bod. Haha. I am wondering if I should show the picture… Body-shaming is always wrong! What do you think? #LastWitchHunter

In his second picture, he chose to show a little skin, lifting his shirt to expose his rock-hard abs. Giving a moment of silence to the haters, he captioned this as:

We all need to realize – especially the haters who so easily pick out any flaw from any actor just because they are famous – that they are individuals just like you and me. They can also have pimples and a gut once in a while. They are allowed to put on weight if they want and do whatever they wish to. Yes, they love to be admired and have a fan following, but they do not ask for your opinions to how they should live their lives.

So live and let live! How many of these haters of Vin Diesel have their own six-pack to share?