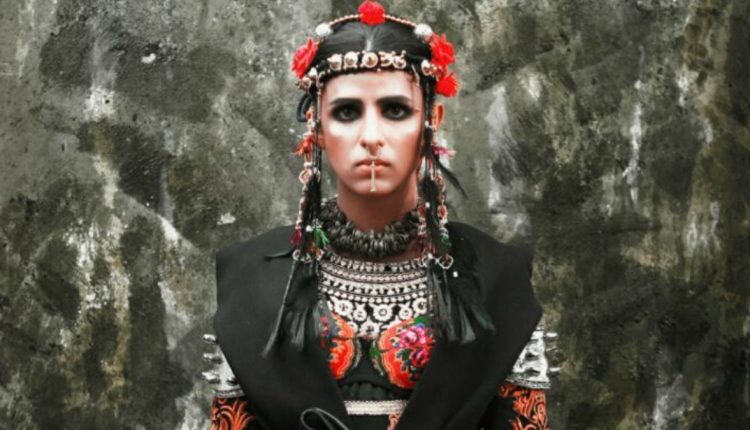 Violations against the marginalized transgender communities aren’t novel. Rather, globally, the members of the community are often harassed and sometimes even killed if they do not give in to the pressures mounted by the transphobic cishet individuals.

Recently, allegations which surfaced on social media against a popular transgender activist have not only shook the transgender community but it has also led to a discussion about the course of justice which can be opted to uphold the victims instead of isolating them.

According to a social media post by an activist, Minahil Baloch, transgender activist and model, Kami Sid sent her intimidating messages after she spoke up against the representation of alleged rapists in Cannes Film Festival, where Kami’s film Rani was also submitted.

Though Kami wasn’t directly named in the post mentioning Cannes, the transgender activist and her partner Sid have been accused of raping a transgender girl, a few years ago, who was working at their house as a domestic help.

The serious allegations levied against Kami and Sid have not only raised a lot of questions about the flaws in the legal system but have once again, brought forward the question about treatment of such crimes in the marginalized communities like the transgender community.

There has been a lot of talk about the position taken by the cishet men and women, and whether it would be their place to speak about issues of LGBTQ groups, but the transgender community itself is also speaking about such instances and are demanding an end to apathetic attitudes.

Social media platforms are a medium to speak about harassment but Aradhiya Khan, a transgender activist, feels that it would have been better if there could have been other ways. Outing through such platforms lead to a lot of vitriol against the community because many people cannot distinguish that the allegations have been put on one member and not all of them.

“However, I do understand that asking someone to follow the course of law is easier said than done. We can see that people who do not belong to the transgender community face so many hurdles in filing a simple case so a grave incident within a community would be extremely difficult too,” she said.

Speaking about the transphobia, Khan said that people must understand that crimes do not have any gender and are more related to power: “Any person who is powerful enough can carry out a crime so pinning all the blame on transgender community is just apathetic and plain transphobic.”

Khan stressed that it was extremely important to raise awareness within the community to acknowledge such crimes as well.

“It is not news that members of the transgender community are often harassed in public by men, so much so that it becomes a part and parcel of their lives, and they are led to believe that it is normal so when a grave incident takes places, they often do not know if it can be reported because they do not know their rights. The reason members of the transgender community fall prey to violence is that they do not know where to go if they are caught in such a situation because there are no mechanisms in place for them,” she said.

It is also ironic to see cishet people wishing to distance themselves from the transgender community because one member has been accused of sexual violence, as if the crime stories which fill the newspapers tell the tales of someone from another planet. It is pertinent to remember that in the last few weeks, there have been many cases of sexual violence against women and minors, all committed by men.

However, Khan feels that the course of action should be taken and a case should be filed in the court and investigation should be carried out and the community members must understand the gravity of the issue so it would not get repeated again.

Shedding legal perspective about such a case, practicing lawyer Sarah Farid said that there have been two recent developments in the area of transgender community’s rights in Pakistan namely the 2018 Transgender Persons (Protection of Rights Act of 2018) and the 2009 Supreme Court judgment in the case of Khaki v. Rawalpindi from 2009.

“Together this case law and Parliamentary Act create a clear precedent legally reasserting and emphasizing the importance of rights for transgender persons,” she mentions.

Their rights to be as mentioned in the Act are:

Farid said that the communications and behavior as occurred in aforementioned case would fall within the ambit of this law if a court of law finds the model and her accomplices guilty. But she said that unfortunately, it was unlikely that the government would take the steps it has described in this Act, given historical experience, weak enforcement and the lack of legal remedies mentioned in this Act.

It must also be understood that while a separate Transgender Rights Bill was passed last year, the Pakistan Penal Code does not protect the transgender persons against sexual violence.

“On sexual violence, Art 375-376 of the Pakistan Penal code on rape and gang rape are severely lacking, because they only refer to rape as being done by a man on a woman. Thus, it does not protect men or children or transgender persons. Our laws are superbly outdated and do not match the demands of this time. The PPC, written in 1860, has not been updated since the past years almost. It also reflects the taboos and morality of that time,” Farid said.

She also pointed out that the laws must be drafted in a way that they would account for all possible conditions and manifestations of the crime under question.

“While civil society organizations, non-profits and activists may all work for this cause, change needs to be governmental, rather than the weak promises made in this Act, which will probably never amount to more than that,” states Farid.

In such times, one can only hope for the victims to get justice, irrespective of the communities they belong to because the onus of saving a community’s ‘honor’ must not rely on one member who has been wronged by others and by the state.