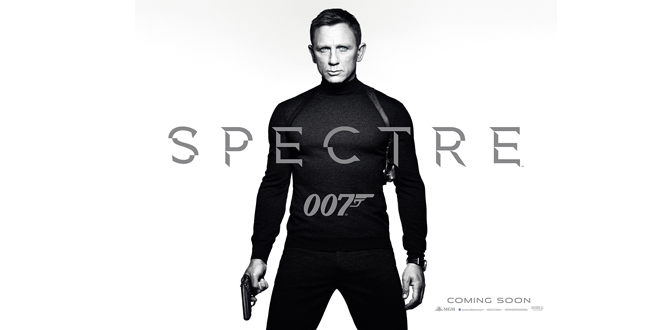 The return of James Bond: Spectre 007 premieres in Karachi

Last weekend, Karachi hosted the red carpet premiere of the new James Bond sensation, Spectre, at the Cinepax Cinemas, Ocean Mall. The cast of the film includes Monica Belucci, Daniel Craig, Cristoph Waltz, Dave Bautista, Lea Seidoux and many others. The film has been directed by Sam Mendes.

As expected, hundreds appeared to get the first look of James Bond’s come back. Daniel Craig seems to be back with a bang, probably for the last time in his most recent blockbuster, Spectre.

The cinema was packed, houseful. The premiere was attended by heaps of big names. Maestros from Pakistan’s music, fashion and film industries, all arrived to bolster silver screen overall. Bond is somebody they have all been viewing and following for quite a while now and there was no chance they could miss this premiere. All big names were spotted taking selfies and getting their photos taken holding a pistol and posing like James Bond.

The premiere, supported by Gillette, would have without a doubt profited big time.

Photographers had their own one of a kind permit to thrill on the red carpet. It was a star studded flashy night. Frieha Altaf, Sarwat Gillani, Humayun Saeed, Mathira, Faakhir, Sunita Marshal, Zhalay Sarhadi and more added to the beauty of the event. They all looked gorgeous and were the center of attention.

I spoke to a few celebrities too, to see what they thought about the film. This is what they had to say:

“I’m a huge James Bond fan, I have seen all his movies till now, not once, but many, many times. I’m a huge fan of Sean Connery but I like this new guy too, I think he has got something in him. I believe this new guy can justify the “Bond” role perfectly. His age is great and he has the attitude that is required. I am totally excited for this one”.

“I have been in tuned with my brother reading comics and my mother encouraging those comics and all these superheroes. I believe James Bond can be a potential super hero. The original James Bond obviously stole our hearts but all other actors who followed his footsteps and took the role of James Bond have by far done a fantastic job. I’m super excited about this premiere. I mean look at me, I made the effort to style and give myself a James Bond classy touch there”.

“I just came out of the cinema and I’ll just say that this was amazing. We have all been a James Bond fan and yet again it is all fresh in my mind. Superb movie”

I personally believe the movie was spectacular. This new James Bond adventure was totally insane. Action with James Bond can never fail. I strongly suggest you to watch Spectre as it is going to move you on your seats with what it has got. Supporting cinema is like supporting art and art has no boundaries. It only helps you learn new things from new cultures and also helps you understand how the world works.

James Bond in 2015 is totally different compared to what he was back in the years, so make sure you get to witness that transition. Once again, Spectre is surely a massive hit.