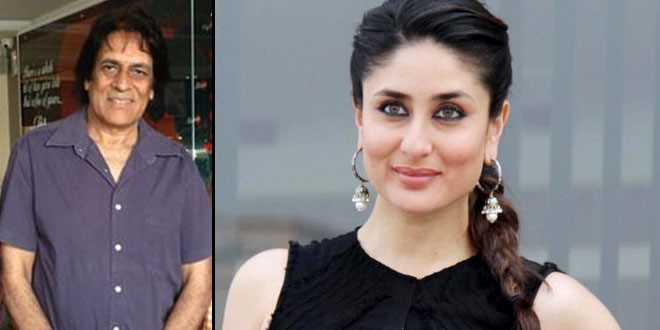 Kareena Kapoor Khan, who was most recently seen in the blockbuster Bajrangi Bhaijaan, has shown keen interest to work for Pakistani cinema.

She communicated this desire when she commented that she wanted to work with Pakistani director Shoaib Mansoor. Yes, the man who brought us films like Bol and Khuda Kay Liye has offered his next film to Bollywood excellence Kareena Kapoor, according to my sources.

Kareena, also popularly known as “Bebo”, has been impressive with her work. She is beautiful, talented and has got what it takes to be the best of all. After her most recent hit Bajrangi Bhaijaan, Kareena is once again in the lime light and has successfully managed to attract all big directors of the industry. Surprisingly, this time around the gorgeous actress has not only received offers from Indian directors but even Pakistani directors seem interested to approach her.

According to some genuine sources, Kareena has recently signed a film with Shoaib Mansoor, a seasoned Pakistani filmmaker. Mansoor is a standout amongst the most impressive personalities inside the Pakistani film industry. His films are thought provoking and depict his intellect.

“I really want to work with him. He has made some fantastic content driven films and is a wonderful filmmaker,” said Kareena.

Kareena has worked with almost all big names of Bollywood and now she feels it’s an ideal opportunity to break-out of her shell and work with diverse individuals. As per her statement, several B-town performers are willing to take a shot at a greater scale – which includes working for Pakistan. Her wish did not go unanswered in light of the fact that when the Pakistani director caught wind of this, he immediately traveled to India to offer Bebo a role in his next film, reported Mumbai Mirror.

Kareena, right now, is shooting for her film Ki and Ka with Arjun Kapoor.

Shoaib Mansoor’s next film is expected to take off one year from now. All things considered, this is one joint effort that would most likely set cinemas ablaze!