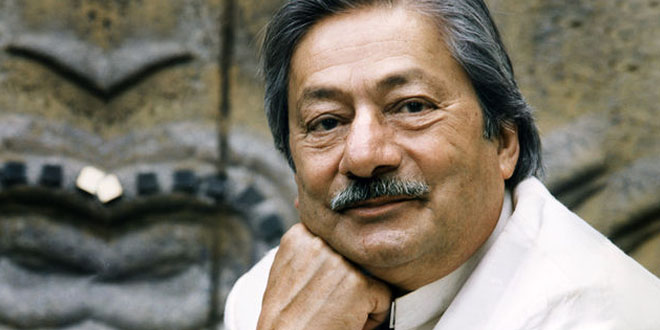 The 86-year-old Indian-British actor, Saeed Jaffery, is no more with us. The veteran Hindi/British on-screen legend passed away on Monday, leaving a huge number of fans staggered.

On further inquiry, we got to know that Jaffrey fainted at his London home due to brain hemorrhage and didn’t regained consciousness. Jaffery had a quiet and peaceful farewell.

“Today, a generation of Jaffreys has passed away. Saeed Jaffrey has joined his brothers and sister and is rejoicing in the lap of his Heavenly Father, eternally. The entire Jaffrey Family bids you, adieu, you beautiful, beautiful man; see you in heaven!”

Pakistani celebrities like Fiza Ali, Saima Azhar, Nauman Masood and many more were seen sad about this loss.

Adnan Sami Khan was also seen upset about this massive loss and said:

“With great sadness, we bid adieu to an amazing actor and cherished friend Saeed Jaffrey… A man who was an actor par excellence. He excelled in roles in English cinema as well as Hindi cinema with an extremely fluent command of Urdu. He had an amazing sense of humor and would light up any room he entered… May he be granted a place in heaven where he may be allowed to contribute his light there too… May God bless his soul…”

Jaffrey was born in 1929 in Malerkotla, Punjab. As time passed, Jaffery realized how he can benefit and contribute to the world of cinema. He soon established an English-language theater company in New Delhi before shifting to the USA where he turned into the first Indian to show up on Broadway. He later moved to Britain where he worked in various movies and after some time in the 80s stepped into Bollywood.

Jaffrey has more than 150 movies to his name, which incorporated a few exemplary Indian films. Some of his prominent Hindi films are Dil, Kishan Kanhaiya, Ghar Ho Toh Aisa, Raja Ki Aayegi Baarat, Deewana Mastana, Ghandi, Chess Player, and Passage to India. He was made an OBE in 1995 for his commitments to drama and theater, turning into the first Indian to get the honor.

He shared the screen with several other veteran actors including Rishi Kapoor, Amitabh Bachchan, Aamir Khan, Madhuri Dixit, Ben Kingsley, Naseeruddin Shah and Farooq Sheik to give some examples. His contributions to the silver screen will always be remembered. His on-set conduct with co-stars and colleagues will never be overlooked. An extremely talented, genuine and humble identity is no more amongst us.

May his soul rest in peace.