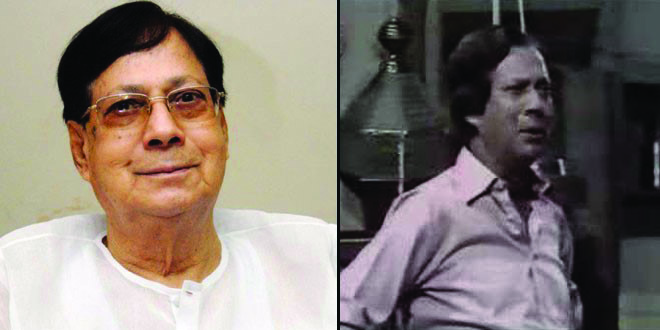 It is difficult to overlook Allan, the most amiable conman of our TV industry. The tall heighted, lean character with a curious grin all over, another trap up his sleeve and, oh dear, an honest comedian for his buddy was treat to watch every week on PTV.

Alif Noon went on air from the Lahore TV center in 1965, made by the incomparable Kamal Ahmed Rizvi, who likewise played the sharp fellow against Nanha, the entertainer (played by Rafi Khawar). What was bizarre was that despite all his cleverness and conspiring, nobody could truly find the heart to despise Allan.

However, very sadly, the renowned playwright, scholar and actor breathed his last in Lahore at the age of 85, on Thursday.

Rizvi had been an author in numerous classifications, an anthologist, a stage director and an entertainer on the theatrical stage and radio for a long time. Yet, he also knew that the TV series “Alif Noon” made him more celebrated than any of his other works.

According to one account, the renowned Urdu poet, Faiz Ahmed Faiz, once spotted Rizvi at the Arts Council, Karachi, and said to him, “Kamal, you have turned out to be a significant name now.” Since he had been known the extraordinary poet for around ten years then, Rizvi was more humiliated than proud when Faiz Sahib demanded that he ought to visit one of his companions whose kids would be enticed to see the TV character in real life. “I dare not consider myself a celebrity in your presence, Faiz Sahib!” he protested humbly.

Such was the humility and poise Rizvi entailed.

He was born in 1930 in the Indian state of Bihar, and later migrated to Karachi at the time of partition. Back then, he was just a 19-year-old boy. Even though his family decided to stay back, he was the only one out of all his siblings to go for the great forte the Muslims of the Subcontinent had fashioned for themselves.

It was not till 1965 that he wrote Alif Noon for Pakistan Television (PTV) and acted as one of the leads in the drama. Not only did Rizvi gain his entry to stardom, but Alif Noon happened to be most likely the first widespread and critical comedy success of television in Pakistan.

It was first recorded and aired when in the earlier days the telecast would be live. Later on the years, it was rejuvenated a couple of times later, to being once recorded in monochrome and then later on to be in color.

Every time the show was revived, Rizvi brought back to life the earlier episodes, with an addition to having a few new ones for all the fans of Alif Noon. He has been associated with many of the great poets and writers such as, mentioned before, Faiz Ahmed Faiz, as well as the legendary Manto. He has also had his share in translation of famous Russian novels in Urdu.

His death was grieved by many, including receiving condolences from the prime minister himself, Nawaz Sharif, Governor Sindh Dr Ishratul Ebad, as well many others.