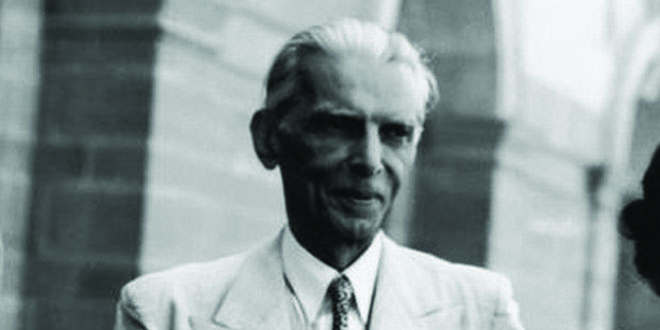 What Quaid-e-Azam means for Pakistanis today

Quaid-e-Azam Muhammad Ali Jinnah has always inspired me. But let me clarify; it isn’t the evangelical visionary who is ever-present in our Pakistan Studies textbooks that enthralls me. Not in the least. Yes, his role in creating Pakistan is humongous, but that is not why I am inspired by him.

Jinnah inspires me for all the things our textbooks usually forget to mention – he inspires me because he was strong-willed in his endeavors, he was liberal in his ideals and he was a free-spirited being. Albeit his second love marriage to a Parsi woman, or his decision to leave everything and retire to a quiet life in London, he was a man who knew what he wanted and nothing deterred him in getting it.

It was his ambition, really, that made Pakistan a reality. So in a way, I am inspired for the same reasons a lot of other people are inspired by him – or at least respect him.

But the Quaid has had his low days as well; he has struggled and he has persevered. There have been times when he gave up, felt dejected but then came back with passion anew. And it is this humanistic quality of his that has always made me see him for the leader he was. The way our textbooks paint him doesn’t even begin to explain his personality. The two-dimensional leader that most of us are aware of doesn’t come close to the vibrancy that was Muhammad Ali Jinnah.

And it is this vibrancy that I always try to find, whenever I read upon him.

In my master’s thesis, I had the opportunity of studying the work of Ardeshir Cowasjee, renowned columnist and philanthropist, who was a huge fan of Quaid-e-Azam. According to him, he was the only true statesman Pakistan had and all those who have followed him as leaders of Pakistan have failed him miserably. And I agree to it, somewhat.

It is mindboggling how an individual, suffering from a fatal disease, lean and thin, could command an ocean of people under his leadership and unite an impossibly diverse group of people to follow him. If nothing else, we need to admire him for the influence he managed to exude wherever he went.

But for people, he has been a different person. On his 139th birthday, I feel it’ll be prudent to compile a list of comments of what Jinnah means to Pakistanis today, in the 21st century.

“For me, the word ‘Jinnah’ means determination and hard-work. Even today, he represents perseverance for me.” – Mahvish Khan, Teacher

“An unclear idea that only gets clear when it comes to rupees” – Anum Fatima, Philosophy-major

“I respect him for what he did Pakistan but December 25th is just a holiday for us today; we do not feel him now” – Sana Lokhandwala, Digital Editor

“I would have been one of the minorities today (in the former sub-continent) had it not been for Jinnah (not forgetting the efforts and sacrifices of other people with him) to give us Pakistan. What we criticize the neighboring country for in regard to mistreating Muslims, you and I would be facing it all too today. So, thanks Jinnah. We may not be awesome and like what you wanted us to be, but we really owe it to you for being the reason to giving us a home which is really ours.” – Sheema Khan, Journalist

“70 years ago, Jinnah was a uniting force between Muslims. He was that catalyst that led to the making of a separate nation for the Muslim majority of India. To me, Jinnah plays that same role today as well. His words, his actions, are one of the few things still holding us together in an almost broken country. In other words, for me Jinnah is not just “Jinnah”, but “Quaid-e-Azam Mohammed Ali Jinnah”: my nation’s father” – Eyesha A. Elahi, English-major

While some people still hold his image in high esteem, there are many who feel disappointed at their surroundings for what has become of Jinnah’s country.

However, one thing is for sure, no matter what happens, Jinnah continues to command the same respect he used to during his lifetime, and that in itself merits his valor.