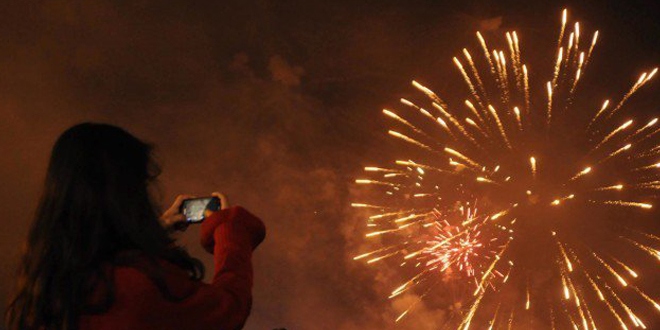 A new year is a new beginning. It’s a blank canvas that we paint to create a masterpiece of our own. Every New Year holds great importance in the life of every human because it provides us with a clean slate; a chance to let go of the pain of the previous years and look forward to prosperity in the upcoming year.

Every year, a few days before the New Year’s Eve, we hear people talk about their New Year resolutions. New Year resolutions are set so that one does not repeat the same mistakes made in the previous years, one can get rid of bad habits or one can set a goal to achieve within the year.

These resolutions are very important as they define the strength and determination of a person. They define strength because one’s ability to let go of the caliginous past and focus on the promising future can be seen. Nevertheless, determination is another trait that a New Year resolution can reveal as it helps us see the goals people set for themselves and how hard they struggle to achieve them.

Like every human, celebrities also have their New Year resolutions and their opinions on them. Let’s have a look at what they have in store for us. We have exclusively spoken to some of our most beloved celebrities.

“2015 was a great year where my salon picked up full force and also my baby reached his milestones. 2016 will surely be the year where I’ll be concentrating totally on my salon’s promotion.” “I have not thought of my new year resolution till now. But, I pray that my fan base grows bigger and bigger. I hope people start liking me more and I live up to the expectations of my fans and followers. The best memory that I have from 2015 is meeting my family in Canada. It was the most beautiful time of my life. Meeting family is just love. Also in 2015, I did several international shows.

The best one was ‘Shaan-e-Pakistan’ that happened in India. I got a chance to represent Pakistan in Delhi which was an honor for me. Times of India gave me recognition and posted an exclusive interview of mine. I had several big milestones that I achieved in 2015. From 2016, I just wish that I grow bigger and bigger and win as many heart as I can. I think my resolution is to just work, work hard for myself, for my fans and obviously for my country.” “My New Year resolution is to just not be afraid. I want to do things that are unexpected, I want to explore things and live life. At the end of the day it’s your life, why not enjoy it?” “My 2015 was amazing. The movie business is picking up, concerts are happening now; there is a lot of optimism in the country. I hope things keep getting better and better for us. I have been busy all year playing shows, producing songs, making music and honestly I can’t ask for more. For 2016, I feel the way things are going; it is going to get very hectic which is basically a plus for everybody. From 2016, I expect a lot of good music, a lot of good movies and art. I can’t wait to hear it, I can’t wait to make it, I can’t wait to perform it.” “2015 was a very lucky year for me. Unplugged became a national phenomena. BB events and PR was recognized as one of the top leading PR firms in Pakistan. We did two major fashion shows, many commercials and most importantly two movies. From 2016 we aim to take unplugged on an international level. The idea for 2016 is to go big. So fingers crossed!” “2015 was spectacular because random spread-across pieces of my life, all dots converged in form of my ambitious ‘Ismail Ka Urdu Sheher’ project where I managed to showcase people my grapic novel, music album, my videography adventure in shape of an animated video and more so, I found a publisher who believed in my so much that we were able to put together one of the most massive scale music album launches ever. Apart from that, I’m at ease because my parallel career i.e. Coke Studio was very well received, announcing to our critics that ‘It ain’t over till it’s over’ (Quote Courtesy Rocky Balboa ;) ) 2016 is a year that will most definitely bring forth new beginnings on a personal and professional front. I’m entering the year with a clean slate, without a plan. It’s most likely an experimental year for myself. I’m geared up and excited about it! ‘Bring it on!’ ”

I personally believe that every New Year brings great hope and prosperity with it. It gives a chance to all of us to start afresh, leaving the bad memories in the old year and carrying the good and embracing it in the forthcoming year. Like every other individual, I have my own New Year resolution. I have decided that in 2016 I will spend as much time as I can with my parents as life is too short and parents are the reason why I stand firm today. Also, it’s my goal to learn from my bad experiences and whenever they trample me down, I stand up with much more strength. May this New Year bring for us peace, prosperity, happiness, health and success!

4 things people plan to do this New Year’s Eve