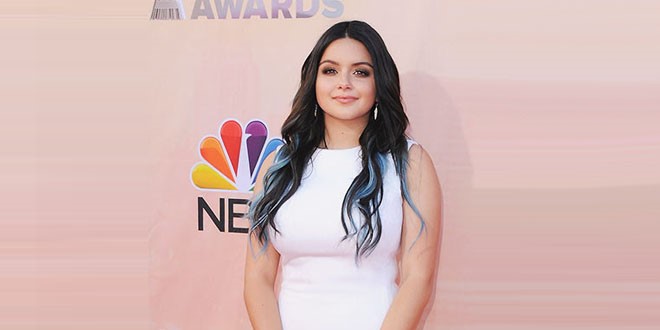 Modern Family actress opens up about her breast surgery

Ariel Winter, who plays the character of Alex Dunphy on the TV comedy show Modern Family, opened up about her breast surgery last week. Ariel is currently 17-years-old and she decided to go under a breast reduction surgery, going from size 32F to 34D.

Ariel always felt conscious whenever she had to step on the red carpet, for she always knew what she had to encounter. It was the same type of stares, whispers and gossip. And she did what she was meant to do best – she acted. She acted like nothing was happening – every time. Even though Ariel portrayed that nothing was bothering her on the outside, there was an ongoing conflict inside her emotionally and physically. She struggled deeply on the inside every time she had to make a public appearance.

At the age of 17 with height of 5’1, the miniscule star encountered a rapid unusual hit of puberty. She explains “it really did happen overnight” when she talks of her breast growth. “I remember being in my sister’s wedding and being so flat and thinking, ‘I just wish I would grow boobs!’ and her wish was more than granted over the night. However, it came with a heavy price.

“They kept growing and growing and it didn’t seem like they were going to stop.” It was already difficult for her to be a teenager that was part of the cast of one of the most popular and critically-acclaimed sitcoms that she needed more attention to herself. “I was 15-years-old with size F breasts.”

It was a hurdle she had to jump over and at her best she took a leap at faith. It was difficult enough to find the right size of bras and clothes but there is nothing that could match to the physical pain she had to undergo on a daily basis. Being an actress, she had to be standing straight for hours on the set which became challenging as she had to hunch over most of the time.

“It started to hurt so bad that I couldn’t take the pain,” confesses Ariel.

Several of the family members in Ariel’s family were not shocked by her decision, keeping in mind the history of large breasts their female side has had.

“A few of my cousins have had breast reductions, so it wasn’t a shock when I decided to get one.”

She announced that her decision was all hers and it reflected nothing to do with the bullying she faced.

“I got it for myself. I can’t even really put it into words about how amazing it feels to really feel right.”

After going through the surgery, the young star has already started to feel ‘like a new person’. Not more than two months ago, on the morning of June 4th, Ariel woke up with the solid decision of getting rid of this physical and emotion pain. Sharing her decision with only selected family and friends, the teenager underwent a breast reduction surgery to have her size reduced to a 34D from a 32F.

The change in her size was clearly evident. The actress is well aware of how the physical difference is going to be the talk of town but for her, it was an emotional change that was much needed.

“Girls, especially in the industry, should not be treated like sex objects”, claims the Modern Family star.

She has never been happier than she is now and has found herself at ease both physically and emotionally. “It’s amazing to feel right” says Ariel, and that is just about how it should always be for everyone and anyone.

Ariel’s story is a testimony to us that changing one’s body for one’s own right frame of mind is never a wrong choice and we should always encourage people to own their bodies.