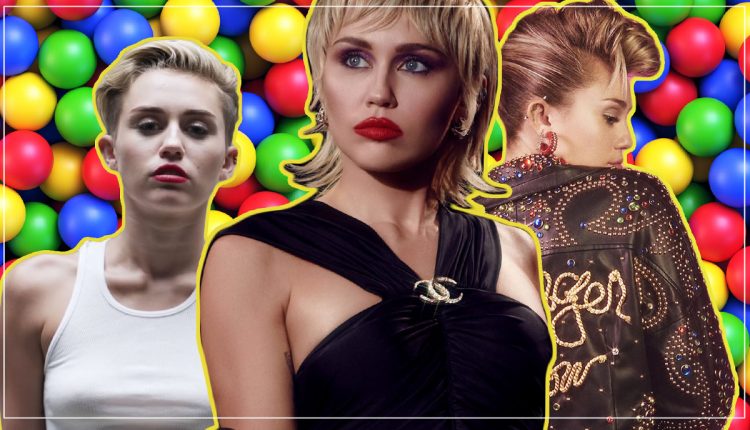 The ‘Wrecking Ball’ hit maker has revealed she and her friends use an IV drip at home as a means of pumping nutrients into their blood in order to perk them up.

Miley, 22, appears in some behind-the-scenes photos with the IV attached to her arm, while in other pictures posted on Instagram the pop star’s friends can be seen getting the same treatment. Other famous names said to be fans of the unusual treatment include Rihanna and Madonna.

Meanwhile, Patrick Schwarzenegger is reported to have recently bought Miley more than 100 roses to win her back. The actor was photographed getting close to his ex-girlfriend in Cabo San Lucas, Mexico but has reportedly treated his pop star girlfriend to some romantic dinners and expressed his love through e-mails.

A source explained: “He was devastated when he thought she was going to dump him and really brought out the big guns to win her back.”He bought her over 100 roses in assorted colors, he took her a number of amazing, romantic dinners, and more than anything he poured his heart out in a series of long emotional emails.”

Over the weekend, the celebrity shared multiple snapshots of her and her friends with IV needles in their arms. “We got nufffffin but love & vittys in our veinzzzz #vitaminpush,” Miley wrote with one picture of herself receiving the apparent vitamin drip. She also shared other pictures of her pals hooked up to IVs in a similar fashion.

Afterwards, it seems Miley got some backlash in the form of a fan photo of her with the IV treatment and a caption that read, “Miley after becoming drugs junkie.” She quickly re-posted the funny photo to deny doing drugs. “I’m a Magnesium, calcium, selenium, zinc, B1, B2, B3, B5, B6, B12, zinc, glutathione, phosphatidyl choline junkie fooooo sho #nuttinbutvittysandloveinmyveins,” she wrote earlier today.

While Miley wasn’t doing any type of intravenous drugs, she has been vocal in the past about her passion for smoking weed. “I think alcohol is way more dangerous than marijuana—people can be mad at me for saying that, but I don’t care. I’ve seen a lot of people spiral down with alcohol, but I’ve never seen that happen with weed,” she said in June 2013.

“As long as it isn’t illegal, there are far more dangerous things. And it’s legal in the state of California. So I’m happy to live in California, a place where you can be whoever you want to be.”

She added a few months later, “I think weed is the best drug on earth. One time I smoked a joint with peyote in it, and I saw a wolf howling at the moon…Hollywood is a coke town, but weed is so much better. And molly, too. Those are happy drugs—social drugs. They make you want to be with friends. You’re out in the open. You’re not in a bathroom. I really don’t like coke. It’s so gross and so dark. It’s like what are you, from the ’90s? Ew.”