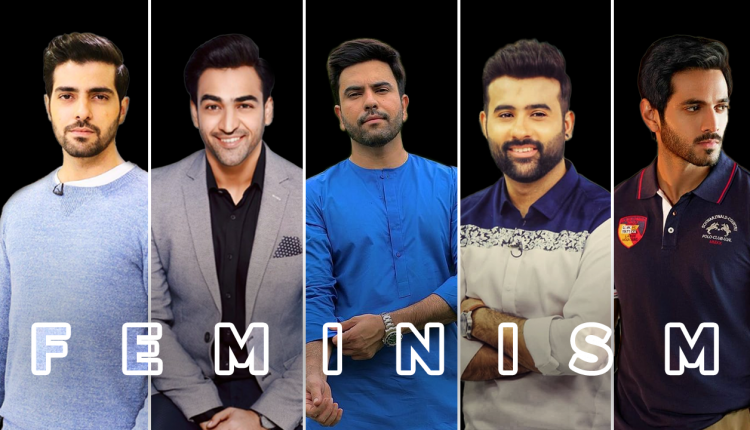 Men We Love Because They Are Feminist

There are many Pakistani ladies who have been applauded for working to make the world a better place for women. But it’s equally important that our men be supportive of the whole idea of feminism. We have some awesome and swoon-worthy Pakistani male allies out there who expressed their take on the popular ‘F’ word, and we are super proud!

There’s been an ongoing debate around the term feminist, and most of it boils down to a misunderstanding of what “feminism” actually means. Fortunately, more and more people are beginning to understand that the meaning behind feminism has nothing to do with hating men, and everything to do with equal rights between genders.

Of course, most of the people who want equal rights and opportunities among genders are male celebrities. To celebrate these opinionated celebrities, HTV has rounded up 6 famous Pakistani men who have openly advocated for women.

Here is what our favorite Pakistani male celebrities said about feminism in an interview:

Why they think they’re feminist?

Wahaj Ali:  I am a feminist and proud to be one because I believe I am among the very few that understand the significance of all the things women do thanklessly behind and beyond closed doors.

Junaid Khan: I am a proud feminist because I believe both, male and female, are equal. Just that we need to understand our respective roles.

Agha Mustafa Hassan: I support equality in every single walk of life. I grew up in a household where my father always respected not only my mother but every single person he ever encountered. As such the belief in equality and respecting other people and their opinions was embedded in me at a very young age.

Faizan Sheikh: I’m a proud feminist and I believe it’s high time people realize that the whole world would benefit so much if women were given the same significance and appreciation as men.

George Fulton: I’m a feminist because I believe that it’s highly desirable to have equality of opportunity between the sexes.

Furqan Qureshi: I’m a feminist because I have been raised by beautiful women and I believe there’s nothing wrong in asking for equal rights.

Wahaj Ali:  Men of quality do not fear Equality.

Junaid Khan: Respect each other; man, woman, young or old.

People need to understand what women go through every single day. Feminism is way beyond just wearing what you feel like or having the liberty of doing what pleases you. We are proud to have such public figures who are setting examples for others to follow. No matter if you are a male or female, if you are fighting for equality, we encourage, welcome, and celebrate you!

How Does Real Estate Work In Kenya

Holiday in NYC: Where to Eat Healthy When Visiting