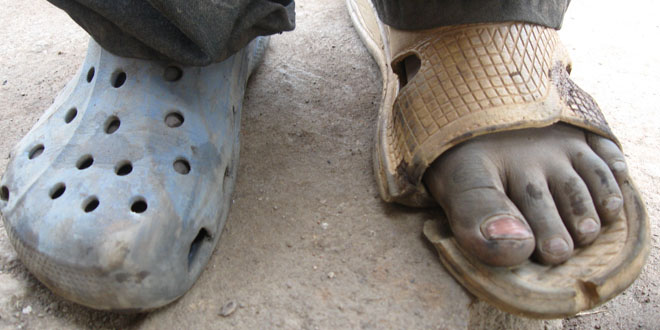 Life of A Street Child

They can be found during the day in city centers, or near mazaars or dargahs and places of worship, or around train or bus stations.

The street child community in Pakistan is on the rise. These children are excluded from mainstream society, and the absence of access to education and vocational skills reduces their future opportunities.

In Pakistan, many children are forced to work on the streets due to health-related events occurring at home which require children to play a financially productive role from an early stage. We can see many street kids near the Abdullah Shah Ghazi Mazaar, they are habitual of getting food and money from the place hence most of the kids don’t prefer taking education as they’re getting handful of money already.

There are no reliable statistics on the number of these children. It is estimated that there are more than 120 million worldwide (source: UNICEF)

These children are needy and pitiful, most of the children are abandoned by their families or sent into cities because of a family’s poverty, often with hopes that a child will be able to earn money for the family and send it home.

Children who run away from home frequently end up on the street since they rarely return home due to dysfunctional families. They are exposed to multiple dangers:  malnutrition, health problems, violence, sexual exploitation, drug abuse, physical abuse and psychological pressure.

Knowing that these kids have not only been damaged by their homeless state, but also by the constant sexual, physical and emotional abuse. However, handing out a few coins results in sense of helplessness as this donation often goes to their “beggar masters,” drugs or to parents who often spend it on alcohol or illegal substances.

Street life has an extremely detrimental effects of children, their unstable lifestyles, lack of medical facilities and inadequate living conditions drag them to chronic diseases such as infections, mental disorders and sexually transmitted diseases including HIV or AIDS. Also, they use drugs as they want to numb their pain and to forget their hardships they are dealing with, they take drugs like heroin, alcohol, cigarettes and industrial products such as shoe glue.

Children fending for them must find ways to eat; some collect discarded waste food or find unfair physical work to earn some bread. Many homeless children are tempted by adults and older youth into selling drugs and prostitution.

Another significant contributor to the life of street children is the culture of stealing. Stealing operates effectively within their street system and is the basic method of survival. Special need of education should be given to them.

Overlooked by society, they are at best disregarded and at worst dehumanized.  Because they lack identification, street children are often targeted in ways that perpetuate gross abuses of human rights.

All street children lack access to basic necessities and rights.  Perhaps more importantly, they lack a healthy environment in which their worth and dignity can be affirmed. These children have many needs and offer special challenges.

Some of these can be addressed through education with a value-based educational approach. Through a combination of both numbers and context, the many problems contributing to their existence can be addressed. This growing issue is evident in many countries throughout the world.