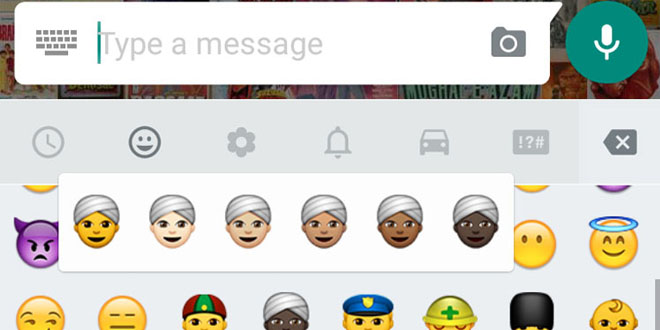 As technology is advancing, new mediums have started to bridge the gap of communication between people. Before, people used to communicate through the basic medium of text messaging or emails.

Over the years, as cell phone models advanced to have advanced operating systems (android and iOS) in almost all phone brands, others have opened a door for new applications to come into being.

There are a variety of apps that allow communication with other individuals, be it a person in the same city, or long distance, much easier than before. It also happens to be cheaper, as these apps allow you to message one another over the access of Wi-Fi or mobile internet. However, the most popular one that has even beaten BBM is WhatsApp.

WhatsApp is a global app that has a bunch of features to offer for people all around the world. All you need is to have your own number in order to have it going. It allows even group chats to happen and with every year, it updates its features. Being a consistent user of WhatsApp, I stay updated with the new features but for the first time, one of WhatsApp’s features made me question its usage.

Recently, WhatsApp has revealed an entire exhibit of new elements in its most recent redesign for the Android app. They have overhauled their chat notification which now enables you to customize each chat window according to your likes. Before, this they came out with the call feature which lets you call for free.

Be that as it may, the subject of discussion isn’t rotating around these updates or new features. I want to bring everyone’s attention to the new variety of emojis that WhatsApp now has.

WhatsApp was alleged to being racist since it only catered to having yellow toned emoji which made people feel as if it was only made for Asians. This to me is ironic itself to how, the color yellow is linked with Asians. I would first request for you to see the variety of shades of emoji WhatsApp now has for you understand me more clearly.

Racism has been an issue for the longest time in the world, and even though there have been many differences to reduce this factor, it still exists. Take this for a scenario, suppose you have to congratulate your friend for her new baby, and your friend is of dark complexion. Would you end up using the dark baby now because you feel that is the appropriate choice to relate to? Or would you go on using the same white colored baby emoji as before? It’s a critical inquiry that has diverse reactions – both which can suggest you’re a bigot. How? You decided to intentionally choose the darker baby because you think that’s the closest shade to your friend’s baby. And if you use the same old white baby one, it would make your friend feel as if the white color is superior.

My question is does this not increase the gap of color discrimination throughout the world even further? I do not find this to be a genuine act to undermine racism but to differentiate even further more of the different shades of people there are in the world. This has probably made the situation even worse as now people would mock one another choosing a certain color to use, which would consciously make them a racist. It’s not like if I ever have jaundice, my friend would end up choosing the yellow emoji for me, or if I go out to the beach and get tanned, a darker shade to my original skin tone would be more appropriate.

An app like WhatsApp or even Apple (who was also criticized of being racist) is basically trying to win over the concept of ‘unity in diversity’ through this renovation.

My question is does the difference in our skin color really such a major factor that it should be highlighted so much? Is this a good thing to have a variety of colored emojis to choose from, and in the end prompting us towards racism?