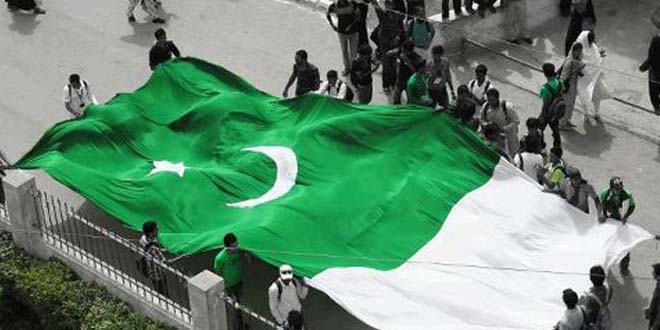 Independence Day: Why it was important to create Pakistan

As Independence Day is coming nearer, I feel more and more thankful for being part of an independent nation. And though this state was not without struggle, it is nonetheless a privilege. As I watch international news and hear about IDPs and Syrian refugees trying to find asylum, I can only imagine the ordeal these victims may be suffering from.

To have a sense of injustice, anger, rage, distress, loss of meaning in life, demoralization, desire for revenge, pessimism, fear, and loss of control over life can have devastating long term impacts.

To be a part of an independent state means that the resident population can exercise self-government and sovereignty over their territory. As per many people, it also means to have a social identity, social security and a feeling of belongingness. This positive self-identity develops a stable self-esteem and allows members of the group to develop and prosper.

Take example of the Syrian people seeking asylum in Europe and Africa; people finding an escape in western, developed nations. Many of these victims are refused an asylum. Many try to enter developed nations illegally to find a safe, stable life for themselves. For those who are granted an asylum or who are successful in entering a foreign land albeit illegally, their accomplishment is only a beginning, for there is a bigger task at hand i.e. to seek recognition and acceptance.

Many of these asylum seekers, though accepted by the government, are rejected jobs which makes their struggle even more difficult. They are often stereotyped, dealt with prejudice and in the least labeled as ‘other’ people. Their potential to earn, learn and grow as individuals is severely impeached and at the crux of it all, their positive self-identity is severely and sometimes permanently damaged. Not only do they have to adjust to their present environment, they also have to adapt, often by forgoing their roots and cultural values and adopting a different set of ethics, which might be at times polar opposite from their own cultural norms.

For those who are refused an asylum, one can imagine the level of stress and personal discomfort that materializes moving from one place to another, only to be accepted. The fact that such actions not only create havoc on an individual level and put down one’s self-esteem, it also spreads like cancer affecting the larger part of the community. Especially if one does not find a place in the land and is forced out.

Many studies have shown that people (kids and adults) seeking refuge suffer from Post Traumatic Stress Disorder (PTSD) which is, at times, combined with depression. Since most of them have personally witnessed the killing of a beloved, and are yet still unable to find peace, security and establish a sense of peace and justice, it creates a devastating impact on their psychological make-up.

Human development doesn’t only concern with those adults who are grown up trying to seek a better life. It also affects kids whose brains are still developing. At least till the ages of 18-19, one’s brain structures are on a continuum of development. Surrounded by a life of uncertainty, despair and anxiety can affect its development stages. It may lead to learning simply to survive and to be motivated primarily to satisfy fundamental motives. The childhood fixations can lead to thinking and behavioral patterns which can further block any development, even when the hindrances no longer exist.

Human beings are always aiming for perfection. Once a daal lover would at some point want something more exotic. There is a reason why most developed nations are ahead in terms of scientific Initiatives and exploration. Their developed state is due to the fact that they are independent, as a nation and as people. But then again independence is different from freedom. An independent nation might not necessarily be a free nation as well. Having a separate national identity, a place on the world map and an independent constitution can still not promise peace and prosperity.

Residents of nations that continue to be under the threat of internal militia or other mafia are often stuck to care for their safety. It’s a concern that is a product of fear of life and takes up most of the brain capacity, leaving very less to thinking independently, critically and creatively. Internal conflicts like stereotyping, bullying and corruption can still threaten ones freedom. Like in the case of Pakistan, we are independent, but not completely free, which is often what Pakistanis are criticized for.

But then again freedom can only be achieved after one is independent. It works in conjunct with independence. As a member of an independent nation, I am still proud that I can fight for my freedom.  I can make conversation and brag about my heritage, and the beautifully diverse topography and landscape my home country has. As I go abroad, I can connect with people all over the world only on the basis of the fact that I am a Pakistani and actually have an independent identity.

This is the place where my residency isn’t time bound, where I will not be kicked out because my visa could not be renewed and where I will always have a place. Even if I have belonged to a different sub-group, I can still win any argument regarding my rights and my position, simply because of my national identity. And this is something that puts me in a happy place and makes me thank Muhammad Ali Jinnah and all those who struggled for us to achieve a separate homeland.