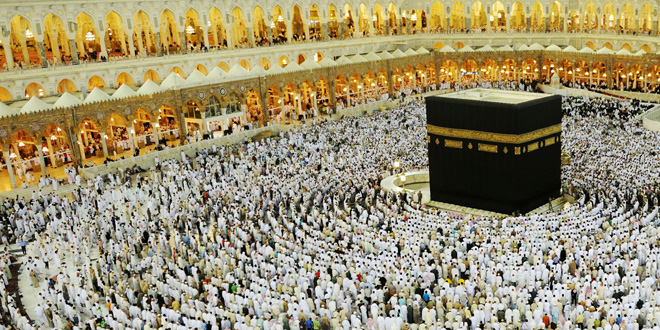 How Hajj changed me as a person

Hajj is one of the most momentous times of a Muslim’s life and the only religious ritual which needs to be performed only once in your life time as farz.

I performed hajj in 2012 and it was one of the most peaceful 40 days of my life.

When you are performing Hajj, the entire circumstances of your life change. You are away from the hustles of the city life. There is no stress or concern of the world or your duties. The only thing on your mind is to pray and find your connection with God.

We went with a group which was headed by a cleric who has been performing Hajj since 35 years. He was well-acquainted with the background and historical places of Hajj. So the journey was also partly a trip through time. Going around places I had only read about in Islamiat text books was a surreal experience. Though, with the rapid changes in infrastructure, and the destruction of many such places, it was difficult to keep a track of the monuments. And the fact there weren’t even signboards to guide the newcomers, did not make it any easier. However, the maulana sahib remembered most of the places, which made my trip a lot more educational and informative.

The procedures of Hajj are technical. They seem to be simple and easy in theory but when you go into the depths of it, there are minor body movements which can do much damage.

I recall looking at the Ka’aba for the first time and the surge of emotions that followed through. They say that the first thing you ask from God, after first looking at Ka’aba, comes true. The only thing I could think of was forgiveness and that feeling of being thankful.

During this time, I got to review my actions, beliefs and the person I was before I made this journey. It’s a given that after you perform Hajj, you go through a life changing experience. For me, each journey from Arafat, to Muzdalifa to Mina, had been a journey of self-reflection and reconciliation of myself with my God.

There were clearly a lot of questions and concerns.

The positive heart-warming feeling you get from just being there around, performing your duties and connecting with God, builds motivation within you to actually make some real life changes, with promise of becoming a better Muslim.

The Tawaf and Sayee can be really tiring, physically. But spiritually, the Tawafs are probably the most fun. It is said that the reward of a Tawaf is way more than a Wajib prayer. It is also mentioned that one prayer in the Haram (Ka’aba) is better than prayers of a 100 months.

There is this really calming and comforting feel to the entire Ka’aba area. The Ka’aba itself is very beautiful. The performance of Tawaf, followed by namaz, especially searching for a place to pray since so many people pray there, can be overwhelming – but it makes you fall in love with the place all the more.

Alongside this, while in Hajj, you come to realize how diverse the followers of Prophet Muhammad (PBUH) are. You get to see people from so many races, so many parts of the world, that it really makes you wonder about your own narrow-minded vision of the Muslim community. You come to admire the fact that you belong to such a heterogeneous and beautiful community of people.

In Hajj, as I saw it, people became organized, more responsible. There might have been a few issues here and there, but on the whole, I only saw goodness and I only felt calm. I felt much lighter and spiritually connected after my journey ended. Knowing that the places I was visiting were visited by the Holy Prophet (PBUH) and his family members can be an exciting feeling. Seeing their homes, the area where Bani Hashim used to reside, was all very majestic.

I can say it for sure that now I am a different person from who I was before I performed Hajj. All my guilt, self-loathing and pain washed away. I felt more confident and happier; more at peace with myself and the creator.

I’d say that everyone deserves to have this experience, and I would advise all who can perform Hajj to not be hesitant and start preparing to visit the Ka’aba next year.

Hajj Mubarak to all the Hajis and the Muslim community!