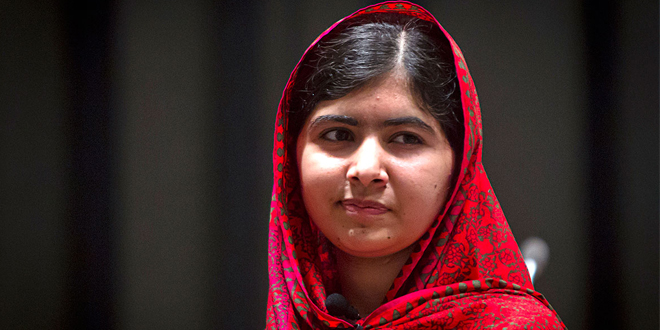 Eighteen years ago, on July 12, 1997, Pakistan’s second Nobel Peace Prize winner, Malala Yousafzai, was born in the valley of Swat. This Sunday, she celebrated becoming an adult.

This Sunday, our very own Malala turned 18.

However, back when she was a child and lived in Swat, she wasn’t the formidable force that she is today. She was just a girl who wanted to go to school, learn new things and explore the world. She wanted to study and make her thoughts be heard around the globe; for this, she started blogging under a pseudonym for the BBC and documenting whatever would happen around her.

People started reading her thoughts. They started listening to her voice. And before anyone could even imagine, she became one of the most popular bloggers from Pakistan.

Many people attribute her success to the shooting incident. But that’s not true. She was a voice even before that. And her ideas made other people uncomfortable.

Hers was a life of promise. But she never knew how much her life would change.

The main transition took place when the Taliban tried to take control over Malala’s hometown. Malala’s father, Ziauddin Yousafzai, founded a school in Swat where girls were warmly welcomed to attend classes. And Malala was one of them. The Taliban began attacking girls’ schools in Swat in 2008. As a response to this, Malala delivered a speech in Peshawar called “How dare the Taliban take away my basic right to education?” and she received much appreciation for it. After this, she began blogging for BBC about life in Swat under the Taliban’s threat in early 2009. Malala tried to keep her identity hidden, but her alias was soon exposed by the end of 2009.

However, fearless Malala did not stop speaking about the Taliban’s violent activities and the right of education for women. With growing public appreciation as an activist, she was nominated for the International Children’s Peace Prize in 2011 and was awarded Pakistan’s National Youth Peace Prize in 2011.

By now, the Taliban had started considering Malala a major threat to their agenda and as a result, they had started issuing threats against her and her family. On October 9, 2012, when 14-year-old Malala was going back to her home from school in her bus, a gunman boarded the same bus and asked about Malala. Upon finding her, he fired multiple bullets which pierced her skin on the left side of her head.

The bullet travelled down her neck and left her in a critical condition. She was flown to a hospital in Peshawar where it was diagnosed that her brain has swollen and it was necessary to remove a portion of her skull and she was kept in induced coma. For further care, she was sent to Birmingham, England where she is residing currently.

Malala went through a number of surgeries; although she did not have any major brain damage, the left side of her face was paralyzed due to which she went through a surgery of facial nerve to fix the paralyzed part.

As a result of this tragedy, and her past record as an activist, she received massive support. She did not give up her struggle and on her 16th birthday in 2013, she delivered a memorable speech on the UN floor. That speech moved many and she became a global, political force. To highlight her struggle and resilience, she wrote an autobiography titled “I Am Malala: The Girl Who Stood Up for Education and Was Shot by the Taliban” in 2013.

She has remained a firm advocate of the power of education for girls. Her struggle was admired by the European Parliament and she was awarded the Sakharov Prize for Freedom of Thought the same year. Keeping all these things in mind, it was no surprise when she actually co-won the Nobel Peace Prize in 2014.

Malala’s attitude has never been failing. She is always inspiring people. Malala even takes live video calls and educates children about the importance of education globally. She talks about her tragic and painful story, her family and their struggles, and her plans in advocating peace and education.

Prime Minister Nawaz Sharif has called her ‘The Pride of Pakistan’ and she was also named as one of the most influential people of 2014 by TIME Magazine.

Malala continues her campaign to promote education and with everything that she has achieved in this young age, few would bet against her achieving her dreams.