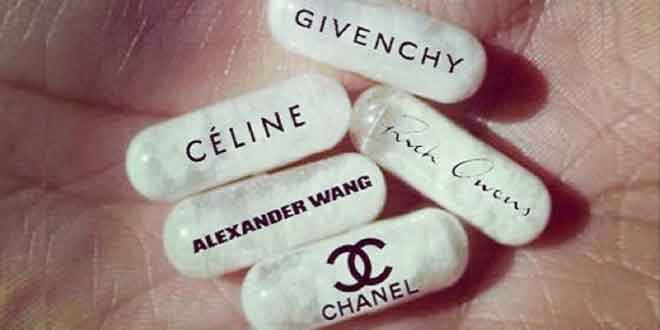 Drinks, Drugs & Sprucing Up: The Dark Side of the Pakistani Fashion Industry

Models today are begrudged for their fame, luck and rich lifestyles. It appears to be as though they have a flawless celebrity lifestyle with fans pursuing them and everything is by all accounts set up in the right way. Nonetheless, there is a dull and much additionally disturbing and dark side to the fashion industry of Pakistan compared with the glitz and glamour of shiny magazine covers. It’s an inquisitive subject, fashion, and those who expound on it rarely want to endanger future access to it by posting clear cut reality but we here will try our level best to show you the reality by being sincere with our profession.

In 2011/12, I witnessed supermodels heading off to the toilets or the backstage, finding corners and void spots to “smoke up.” I was astonished furthermore and surprised to see supermodels sitting right outside the main Expo center (Karachi) door smoking up and taking other drugs. I saw this a night prior to a major fashion show that was being rehearsed. The question is why do these supermodels do this? Why drugs? Why is it necessary to smoke up? Why is it important to drink? Many of us are mistaken if we think it is because of the society they belong to or the industry they are a part of. Yes it is true, but to a certain extent.

Taking cocaine, for instance, is seen as a fundamental part of fitting in. Designers despise it and get upset if a model is not able to fit in their dress. To be a model, you have to be thin, and you have to look attractive and clearly engaging and sexy to get work and stay in the business. Models do this by taking drugs as it kills them from inside and helps them stay thin. The moment models are caught with outrages, scandals, drugs or the second they put on extra weight, they are suddenly no good for the business. The pressure to take drugs and stay flimsy is tremendous, otherwise companions and sidekicks neglect to remember them or even acknowledge any connection with them which is deplorable and discouraging. They have agents who are great companions with in the event that models need work. Models have to associate with them and be similar to them, acknowledge their principles and party with them because if they do, the models get the work and in the event that they don’t associate with them, models don’t get anything.

Many models start drugs as soon as they begin with their career. Nobody can preclude fame. With it comes style and glamour, an opportunity to be in the spotlight, unquestionably a blessing from heaven for some. This energetic popularity ends up turning into the explanation behind their speedy decline. The new contestants in the business are pretty much guileless and in Pakistan numerous are even uneducated and poor. To hit the rooftop they do everything, and by that I mean anything at all, to get distinction and achievement, which is where things go wrong.

Unfortunately there are many young girls I know who were pretty passionate to be a part of the fashion industry. They have perfect heights and have all it takes to be a supermodel but didn’t want to offer their body to someone who could help them give them a chance. People here are all ready to help but not all are the same. Some even expect favors. I have had close interaction with several models, designers and fashion photographers. I was shocked to hear many of them telling young girls that if the client likes you and approves you for a big project, you need to please them too, “Agar kuch milay ga tu kuch dena bhi parega.” I am sure I’m very obvious with my words. Not that I have something against the industry, it is undoubtedly glowing and getting bigger and bigger with every passing day but still the dark sides need to be countered. Homosexuals rule numerous regions of the business. The issue does not emerge from them being in charge, but rather from the harassment some straight people claim to have confronted keeping in mind the end goal to be shown a bit of mercy and given a break.

It is sad how every celebrity hides the reality and passes on sugar coated comments for each other. There is hatred and jealousy in the fashion industry, but still the one thing that unites all of them is speaking about drugs. They will never speak the truth and are perfect players who can twist words when needed.

Let’s discuss a flawless example, Fayezah Ansari. In the later past she was everywhere and had much success. She was the eye candy of all, the cover of all famous magazines but unfortunately went down at the same pace because of heroin which was introduced to her mate [fashion designer Syed Mohammad Rizwanullah by a friend. Fayezah dependably was interested about what “Harry” (the mystery term they used for Heroin) was and ended up trying it. That is the day, despite everything, she laments. She didn’t even acknowledge how severely she was snared with the drug until it began to show all over. Today, Fayezah is dealt with like an untouchable. Individuals say that she can’t work even when she wants to work. It is sad how in the world of fashion, it is generally satisfactory for a model to be extremely outgoing, but in the event that they are a drug addict, they are no more.

Drinks, drugs and sprucing up is the way I would depict the dim side of our fashion industry. There are a wide range of individuals. Some are great but some are terrible. Some are genuine and some are tricks. This industry is without a doubt a spot for the strong, but we have to open our eyes and understand that drugs are common among many in the fashion industry.