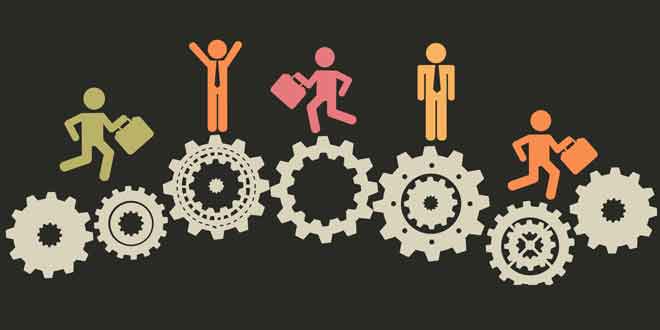 Confessions of an HR Professional

How can you be the perfect employee? Let’s see what a high level HR professional thinks are the most important traits of a good employee. But before we begin, let’s get some basic insight into the importance of ethics.

HR ethics starts from the moment the employee is inducted so it goes along and it is the induction, the retention even termination so on and so forth. The HR plays a vital role in judging a person’s character in order to ensure where you land on the scale of trust and credibility.

Both of these essential assets can be destroyed by actions which are, or are perceived to be unethical. Basically when you have new employees, company takes time to trust them whether it’s their dependability or reliability that is where work ethics would apply.

Competitiveness, ambition and innovation will always be important to success but they must be regulated by core ethical principles like the ones described below with the HR perspective.

Goal orientation would matter with HR perspective because you’re dealing with the hiring or recruitment process with proper fairness and justice. You should follow proper policy and protocols that the organization has defined but the baseline is always the fairness.

It is the ethical part as the employee fills the criteria. Always respect your employees, but also be stern and mete out discipline when necessary.

Hire employees on the basis of merit: it should not be anything other than that. If in your panel, they’re people who are known to the person who’s taking an interview; such people should be excluded from the panel.

There is no personal favoritism plus there are people who overcommit their commitments, some people don’t have justified certificates, to evaluate them is the proper ethical procedure which HR has to apply.  HR personals do not exercise power arbitrarily nor do they use overreaching or indecent means to gain or maintain any advantage nor take undue advantage of another’s mistakes or difficulties.

Attitude of the Employee

When a new employee is overboard, they’re always more exposed; the HR has to play a very role as they have to evaluate their prohibition time. Like in a media organization, the exposure is more about the copyright, content, it’s basically a critical information, evaluate their critical thinking while they their prohibition time, there’s evaluation and analysis done and then the final decision.

There are cases where the attitude of the employee is totally abrupt and not up to the policy then you either have to extend the prohibition or sort of conclude it that you don’t want to continue with this employee.

Ethics would matter in team work as well as many people are collaborated in that, their mindset and thinking are different from each other so you have to sort of sink into each other’s level and maybe adopt at times what the other person is saying.

When the time is able to identify their weakness links and strong links and balance it out then only team would go on. Strong interpersonal skills can help form cohesive teams among employees and make handling challenges easier. Employees must communicate effectively and understand the difference between constructive criticism and destructive griping.

Late arrival is a personal attribute which is totally not encouraged by the HR, basically is a conflict of interest and favoritism as some people are allowed to and some people are absolutely not allowed but in any case HR has to penalize such activities in order to have the organization balanced.

Performance appraisal is one the most critical parts because in that HR has to play an unbiased role like at HTV has started the 360 evaluation which is the most unbiased system in which employees evaluate themselves  and the supervisors and HR is evaluating them as well.

It is an overall process in which all the attributes are come forward and again, it should be done by immediate supervisors or the HR personals or even the managements where there should be no discrimination. Male employees should not be considered more than the female employees; the organization should take care of the women empowerments.

There are also cases when an employee is going through personal problems but his/her performance has been extraordinary then that has to be considered. The personal attributes would give him minus points but for that the performance shouldn’t be neglected.

Appearance would matter only in case that some organizations have dress codes which is the proper attire that means you shouldn’t just come in shorts. You should be dressed in a way that would gain the wrong intention of other people.