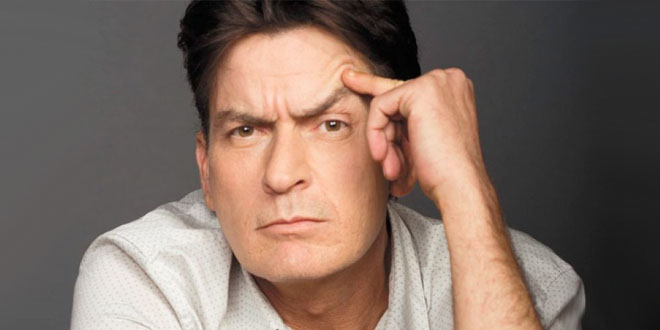 The taboo around HIV

The show Two and a Half Men – one of the most popular TV series in the world – starring Charlie Sheen – the man because of whom this show became so popular – is one of my personal favorites. However, recently, the actor has come down with some bad news for himself.

Sheen went public on Tuesday about his diagnosis as HIV-positive in an interview on the Today Show, leaving his fans distraught and the world in shock. He discussed and opened up about the diagnosis after close to four years. He went on saying,

“I would like to admit that I am in fact HIV-positive. I have to put a stop to this onslaught, this barrage of attacks and of sub-truths and very harmful and mercurial stories that are about me, which threaten the health of so many others that couldn’t be further from the truth.”

The 50-year-old actor also added that he has been betrayed by his own over this time period. He told that those whom he thought he could trust at the time about his diagnosis betrayed him by taking him hostage against the truth and extorted millions of dollars to keep his illness a secret.

He explained this saying, “We’re talking about shakedowns,” when he told about how a sex worker he had hired took a picture of the anti-viral medication in his washroom and threatened to sell the photo to the tabloids unless he paid the worker to their demands.

The actor is still not sure of where and how he became enacted with the virus.

“It started with what I thought was a series of crushing headaches. I thought I had a brain tumor. I thought it was over,” he said.

Sheen has made a point that he hasn’t knowingly transmitted the virus, but has accepted to having unprotected sex twice since he came to know about the diagnosis, although, he made sure both people had knowledge of his diagnosis beforehand.

Sheen has been out of the limelight for some time, since FX cancelled Anger Management in 2014. Although, there was a time when Sheen was the highest paid actor on television, being reported to earn around $1.9 million per episode for his role on Two and a Half Men, his fall from glory is both poetic as well as tragic.

The reason why Sheen came out to the public with his diagnosis is to have a conclusion to the never-ending stories of coercion and extortion, and has faith that opening up to the world will disperse the shame encompassing the illness.

“I have a responsibility now to better myself and to help a lot of other people and hopefully with what we’re doing today, others will come forward and say, thanks Charlie,” he stated.

And this is a recurring issue all over the globe, including Pakistan. Many HIV patients are shammed and discriminated against, which often discourages people to reveal their illness and this, in turn, makes them even more susceptible to harm.

Dr. Muhammad Javed, a general physician, while discussing the prevalence and discrimination towards HIV, stated that,

“In Pakistan, the prevalence of HIV is caused mostly due to same-sex intercourse or blood transfusion. This results in disturbance of the immune system, which ends up draining the body from its cells. It is increasing in Pakistan day by day due to illiteracy and lack of knowledge and awareness of the precautions one should take.

Obviously, there is a taboo to it as well in our society with regards to how little we are told about this disease and ways of contracting it. HIV does not occur just because of sexual intercourse – even though that’s the most-known reason; usage of unhygienic medical equipment such as syringes and razors can also cause this disease.

This too leads to taboo, as most people associated with usage of syringes are perceived as drug addicts. So the situation becomes pretty messy. In Pakistan, it is vital to spread as much awareness as we can, disregarding it as a shameful disease, for it has many ways to being transmitted.”

The actor’s only wish now is to have real support from his fans on his disease, so that not only does he have the courage and motivation to fight it, but also others who suffer from this illness.

According to the Centers for Disease Control and Prevention (CDC), 1.2 million Americans at the moment are living with HIV, while 36.9 million people have been diagnosed as positive across the globe. HIV is an illness which needs more moral support than medical to bring the disease to its cure.