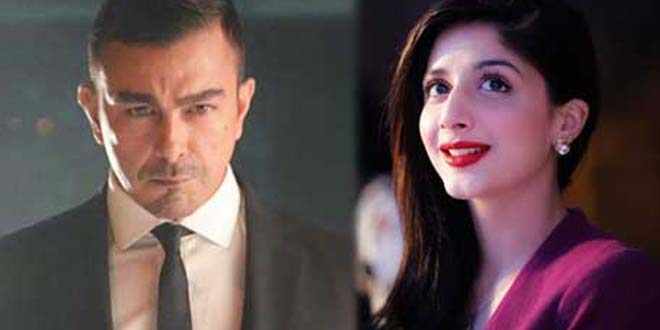 #BanMawra: a story of patriotism or hate and jealousy?

A hate campaign, initiated by veteran Pakistani actor Shaan Shahid, has been making the rounds on social media. But was it justified?

During the past few days, the biggest ‘talk of the town’ individual is none other than the Pakistani VJ turned actress Ms. Mawra Hocane (Hussain). The young beauty queen is not only a great actress but a diehard fan of the Bollywood heartthrob Ranbir Kapoor. She has also been offered a couple of movie projects in Bollywood which she accepted with great delight. Everything was going superbly normal in her glamorous and fame filled life, but it looks like a black cat cut the way of her glory and now she is the hot, or hate, topic for Pakistani audience after Komal Rizvi.

But what happened, really?

The young doll made a terrible mistake by tweeting in support of the most controversial film of the year, Phantom, a film that banned Saif Ali Khan’s movies for a lifetime across the border due to his ignorant comments on not having faith in Pakistan. To much surprise, Phantom proved to be a great flop in its first week of release.

In reality, the inexperienced actress did not support Phantom but supported love and peace.

In reality, the causes of such upheaval were not her naïve tweets but the hate speech of the actor against her, which gave rise to such buzz turmoil in the industry.

One should #BanShaan for conducting a hate campaign against the lady who herself did not know the meaning of her tweets. To her, love and peace was the issue but for Shaan #HateIndia was the main topic.

One thing should also be kept in mind: she is a woman and a Pakistani, and even more she is a Muslim – calling her names, telling her not to come back to Pakistan, to go and become Ranbir Kapoor’s maid is all disrespectful to a woman.

Is this what being Pakistani, and a Muslim, is all about? We should not be treating women like animals, shooing them away, and telling them they are not wanted by this nation – which itself was founded on the principle of equality and freedom of speech. Does Islam and the founding principles of Pakistan propagate us to treat woman as if they are beneath us, if they, by mistake, naivety or through sheer ignorance, do something wrong? Is it a mistake beyond repair?

Who should we really ban: Mawra or Shaan?

About the author: Mehak Irshad an aspiring media and communication professional, and previously a Radio Presenter/RJ. Tweets at @mehak_irshad and can be reached on the Facebook page RJ Mehak Irshad.