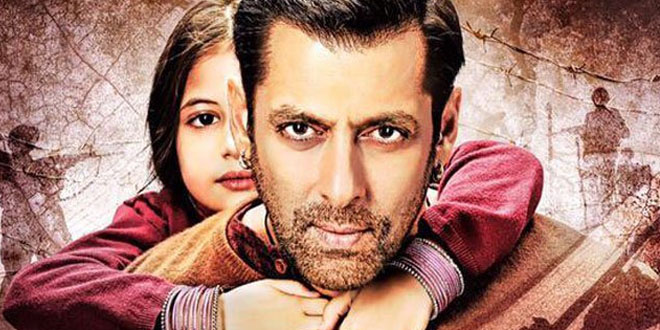 Addressing media persons at a resort in Kashmir, Bollywood actor Salman Khan said that Kashmir is way better than Switzerland in all ways and that cinema theaters should be reopened there.

“Everyone watches movies here. Cinema theatres should be re-opened here. We would love to premiere a film here if theatres are re-opened,” he said.

Salman was amazed that cinemas in Kashmir are all shut down and individuals watch Bollywood films through pirated DVDs, which was absolutely wrong. Salman probably didn’t know how the local Kashmiris are treated by the Indian forces.

He termed it disastrous that the general population here was not able to watch a film on a 70mm screen. Salman was appreciative to his fans in Kashmir who were a backing all through the shooting process of Bajrangi Bhaijaan. Salman seemed to have fallen in love with Kashmir and its people but the Indian forces and agencies seem to hate that little beautiful part of earth.

When Salman was asked to comment on the Kashmir dispute he simply dodged it by saying,

“Ask that to your chief minister and the prime minister. I have come here to see tourism flourish in Kashmir.”

The Kashmiris, however, are still waiting for some real hero to speak up for them and help them achieve happiness for which they have been in cue for years now.

Soon after his press conference, Salman was subjected to verbal assault from a Kashmiri group on his solicitation for ‘re-opening cinemas in Kashmir’. The group affirmed India was trying to trade whatever is “corrupt” and “un-Islamic” into Kashmir through the medium of film and for this, public figures like Salman Khan were being used to advance dirt in Muslim minds through vulgarity in Indian films. They attested that re-opening of theaters would be contradicted no matter.

Salman probably needs to be reminded about the high-ranked military and police authorities of India involved in killing, torturing and raping Kashmiri populace since long at this point. Different global organizations have recognized more than 900 people whom it accuses for a range of human rights violations by Indian security forces between 1990 and 2015. They incorporate 150 officers of the rank of major and above. Salman and other Indian actors need to quit demonstrating unmerited sympathies towards the poor Kashmiris.

Which law states killing and raping innocent civilians is justified? Making a film and loving the place is not wrong but you have a massive following in India, why not stand up for the helpless people of Kashmir? Will it side-line you from Bollywood or will your own Indian fans go against you without a second thought? Perhaps it’s either of these fears that are stopping Salman.