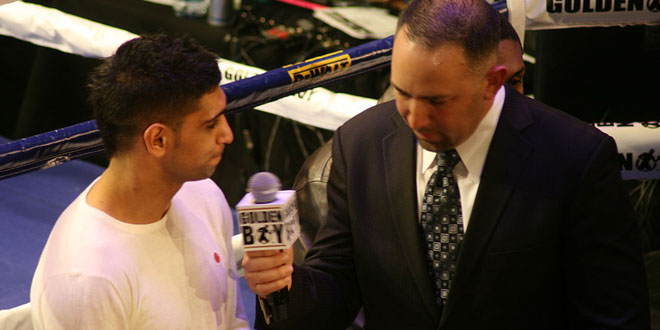 It is delightful to hear that Britain-born Pakistani boxer Amir Khan has promised to start a boxing academy in Pakistan. It appears to be an immense stride to advance games in the heart of the country.

Whether it’s boxing or snooker, we hardly find any scope of it in our country with proper coaches and equipment. We have seen such a variety of gigantically capable individuals in the field of sports, yet they don’t have anyone to cheer upon them on the grounds because of the lack of facilities. Regrettably, it’s an unsafe business to take sports as a profession in Pakistan.

Although it is a myth, many people assume sports is not in the slightest degree a decent choice for anyone in light of the fact that it has no future – or I would say no one tries to recall any sports person. We have just seen cricket and football as commendable recreations. Next to them, it seems every other game is pointless.

Do you known Pakistan’s first Asian snooker champion Hamza Akber? How about the top most committed muscle head Atif Anwar? However, maybe a few of us – excuse me – most likely everybody, will recall “boom boom” when I mention Shahid Afridi.

It’s not about who is well known but rather respected. They are likewise the one to make Pakistan pleased yet tragically they don’t get much revamping.

The issue lies with our establishment too. We never flounder to advance diverse amusements aside from a few. No one is eager to watch or play boxing, yet cricket or football will be our first need. We have such a variety of grounds to practice cricket, football and maybe hockey too however not even a solitary spot for boxers. No organizations by any stretch of the imagination.

There are many people who are forced to drop their passion because we don’t have such foundations to prepare them. Sometimes families don’t feel secure to send their youngster into some unrealistic field where they don’t know about their future.

We need to change our mindsets that sports and being an athlete is a future, just like becoming a doctor or engineer is.

We need boxing institutions in Pakistan, like the Amir Khan Boxing Academy, because we have greatly capable youth, who needs to scrutinize their life by taking boxing as their profession.

We need to demonstrate our youth that nothing is useless and their dream of turning into a boxer is just a couple of miles away.

In such manner I truly need to appreciate the recently released movie Shah which gives an expansive perspective of the genuine enduring of a boxer. The movie – produced by the innovative young fellow, Adnan Sarwar, who has likewise assumed the lead-part in the film – has beautifully highlighted the accomplishments our gifted youth have the potential to achieve. The movie follows the real life boxer Hussein Shah, who brought home the Bronze decoration after his exciting triumph in the 1988 Summer Olympics, whereby he turned into the only boxer in Pakistan’s history to accomplish an Olympic Medal in an intense sport like boxing.

On a final note, I want to acknowledge the fact that Pakistan is a colossal balloon of skilled individuals who just need to be polished. Our government must bolster Amir Khan for his bold step and help him in each possible approach to open this foundation and prepare Pakistan’s youth for next level challenges.

About the author: Syeda Danya is a journalism student who loves to read and express her views through the written word.