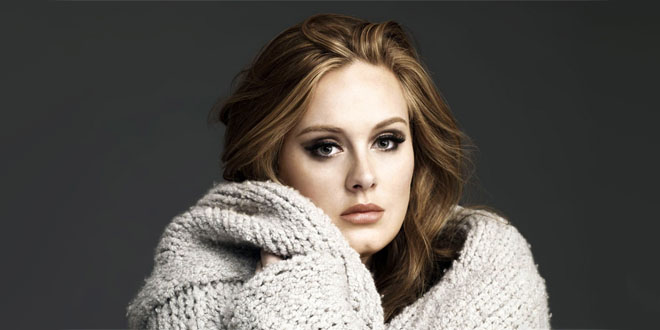 One of the most awaited albums of this year, 25 by Adele, is finally here. Adele has been a music sensation for over eight years or so, and she is a personal favorite of mine ever since her second album, 21, was released in 2011.

Her last song, Skyfall won her an Oscar, whereas her albums have won her numerous Grammys. However, Adele recently had to see a bit of downfall before she wowed us all over again. The album, 25, has been reported to be leaked online just three days before its release on November 20th.

The award winning singer’s new music started to be leaked on social media on Tuesday night, after the initial emergence through Twitter by an account named “25 is coming”. The link has been uprooted from the social media website, yet few news sites including TV News got their hands on the album via the link.

In another report, a London-based record shop named Juno Records revealed two-minute extracts of all her 11 songs on their sales website, which they ended up taking off in less than 20 minutes. The store has refrained from any comments so far.

A writer from Cosmopolitan couldn’t help it and ended up hearing the album, which resulted in the writer giving a warning to the fans of Adele. “Stock up on copious wine because you’re going to need it. ‘Hello’ isn’t the only song on 25 that will have you crying in public,” she wrote.

On another stance, representatives of Adele’s team have repudiated that the store “Target” in the US has been selling the album before it officially hit the shelves. A spokesperson gave a statement to The Mirror saying, “The Target sales are not true.”

“Rumor has it” about this gossip of Target, when someone played out to be Florence + The Machine frontwoman Florence Welch tweeting a picture of a depiction to what the latest album looks like, wrapped in cellophane with a cover of Adele’s recent black and white portrait.

“Just copped that new Adele album at Target. Retweet if you want me to leak it,” the fan posted, before later claiming that “Adele’s representatives have been threatening to bomb [her] house if the album flops”.

The irony rises when the same artwork of the pre-released CD matched with the official album cover made in a GIF tweeted by Adele herself last week.

The leakage has additionally infuriated her fans who say they were pleased to sit tight for the official release date on Friday.The clear break of security will come as discontent for Adele who beforehand advised Radio 1 that she wanted to “surprise people” with her new record. “We’ve been sitting on it [the album]. There have been five people doing 300 people’s jobs,” she said.

Up till now, her fans have only had their ears ringing with “Hello”, which was released as a single. Earlier this week, in a tribute to the Paris attack, she also shared another new song “When We Were Young”, performing it live.

Adele’s last album, 21, crossed the threshold of selling over 30 million copies worldwide. After four years, Adele has come back again with 25, describing it as a transition into adulthood to her fans in a letter she wrote and posted online.

“My last record was a break-up record,” she wrote in a statement. “And if I had to label this one, I would call it a make-up record. Making up for lost time. Making up for everything I ever did and never did.”

I, for one, cannot wait to get my hands on her new album.