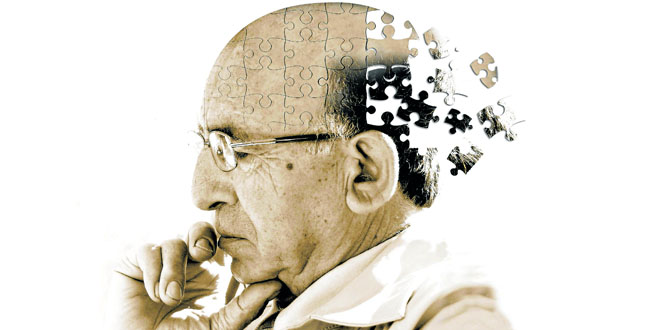 Renowned neurologist and president of the Pakistan Society of Neurology, Prof Dr Wasay Shakir revealed that an estimated 0.2 million people are currently suffering from dementia (Alzheimer’s) disease in Pakistan with the rising life expectancy.

He said this while addressing a press conference with Neuro-physician Dr Muhammad Shahid Mustafa and Secretary Neurology Awareness and Research Foundation, Dr Abdul Malik, at the Karachi Press Club to mark the World Dementia (Alzheimer’s) Day falling on September 21st.

Dr Wasay said this is a day on which organizations around the world concentrate their efforts on raising awareness about Alzheimer’s and dementia. He said Alzheimer’s disease is the most common form of dementia, a group of disorders that impair mental functioning.

“Every 68 seconds, someone develops Alzheimer’s disease. It is estimated that about 5-7% people with age above 65 and 10-15% with above age 75 are affected with this disease. Its prevalence is growing and economic and social burden is high,” he added.

He said in Pakistan there is no population-based study on neurological diseases like dementia. Due to a lack of research and the cultural context, it is very difficult to get an accurate number of people suffering from this disease. However, the extrapolated prevalence of people with dementia disease in Pakistan is 0.2 million.

He said by the year 2050, Pakistan will become the third most populous country of the world with an estimated population of 380 million, leavening behind the United States, Indonesia, Brazil and Russia. The estimated 36 million young people aged 15-24 that currently live in Pakistan; the most that have ever lived at any other time in its history (Population Council, 2004) will be at risk for dementia and Alzheimer’s disease by the year 2050.

At that time, the life expectancy is expected to rise and thus the economic burden of treating patients with Alzheimer’s and other forms of dementia will increase immensely.

He stressed the need of educating the public to increase the awareness of dementia and also training of doctors who will able to treat patients and offer assistance to their families.

He said timely intervention from the government in the form of increased funding in education and health will ease the current and future cost of treating people with Alzheimer’s and other forms of dementia. Neuro-Physician Dr Muhammad Shahid Mustafa advised people to live a healthy lifestyle to reduce the risk of disease. He said eating a heart healthy diet reduces risk for conditions, which are risk factors for Alzheimer’s.