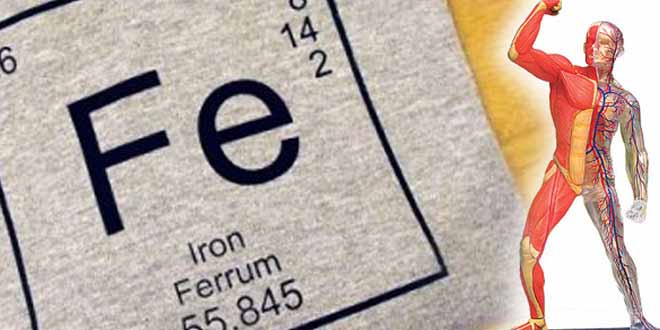 The Truth about Iron

Iron is a mineral that is naturally present in foods such as lean meat and seafood (mainly oysters). It is also available as a dietary supplement. Iron is essential for hemoglobin, a protein in red blood cells that transfer oxygen from the lungs to tissues, as well as metabolism by way of myoglobin, a protein that provides oxygen to muscles. Iron is also important for growth, development, normal cellular functioning and a healthy immune system.
Low levels of iron in the body can lead to iron deficiency, which in turn can cause anemia. Anemia is characterized as a decrease in the number of red blood cells or less than the normal quantity of hemoglobin.  And because hemoglobin carries oxygen from the lungs to tissues, anemia can lead to hypoxia which is a lack of oxygen in the organs. So from this, we can safely assume that iron is a very important mineral that is needed for our health and proper functioning of organs.

How Much Iron do I Need?

The recommended daily intake (RDA) of iron is as follows:

If you notice, females that are between the ages of 14-50 require more iron than men. That is because when they lose blood during their menstruation cycle, they need the extra iron to replenish the iron in the blood that was lost. In particular, pregnant females require double the RDA of iron because they are supplying blood to their babies as well. The amount of blood in the body increases during pregnancy, so you need more iron to make more hemoglobin. Iron-deficiency anemia during pregnancy is associated with premature birth, low birth weight and infant mortality.

Where Can I Get Iron From?

There are two forms of iron: non-heme iron which is found in plants as well as meat, poultry and fish and heme iron which is only found in animal sources. Heme iron is easier for the body to absorb. To make sure you are getting enough iron, eat a variety of iron-rich foods every day.
Such foods are as follows:

What is too much?

If you take more iron than you need, such as with an iron oral supplement, it can cause your blood levels of iron to rise too high, which can also cause problems for you or for the baby during pregnancy for females. For both men and females, too much iron can lead to oxidative stress which is damage made to a cell through the oxidative process and that can lead to a whole host of other complications (Read The Real Deal on Antioxidants). An iron overload can cause hemochromatosis, a disorder that can result in organ damage due to the significant absorption and storage of iron. Too much iron can also result in tissue damage, early aging and damage to DNA which can cause mutations that result in cancer cell formation. Excessive body iron accumulation in men can also lead to impotence, loss of libido and function, depression, loss of muscle mass, enlargement and impairment of liver and spleen, loss of body hair, hypothyroidism, hypogonadism, chronic fatigue and joint pain. Taking supplements that contain 25 mg of iron or more can also reduce zinc absorption and zinc concentrations.

Iron is a very important mineral for the body. It transports oxygen, supports energy levels and boosts muscle strength. Not consuming enough iron, which can result in anemia, can lead to lethargy, fatigue, apathy and depression. However, too much iron is also not a good thing, as it can also lead to a variety of problems. Stick to the recommended daily values for both men and females (non pregnant and pregnant), and you should be fine. If you need to have excess iron, the maximum daily upper limit that is tolerable for both adult males and females is 40 mg and 45 mg for pregnant/non-pregnant females. As always, talk to your doctor to discuss your iron intake and whether you are normal, inadequate or have an overload of iron.